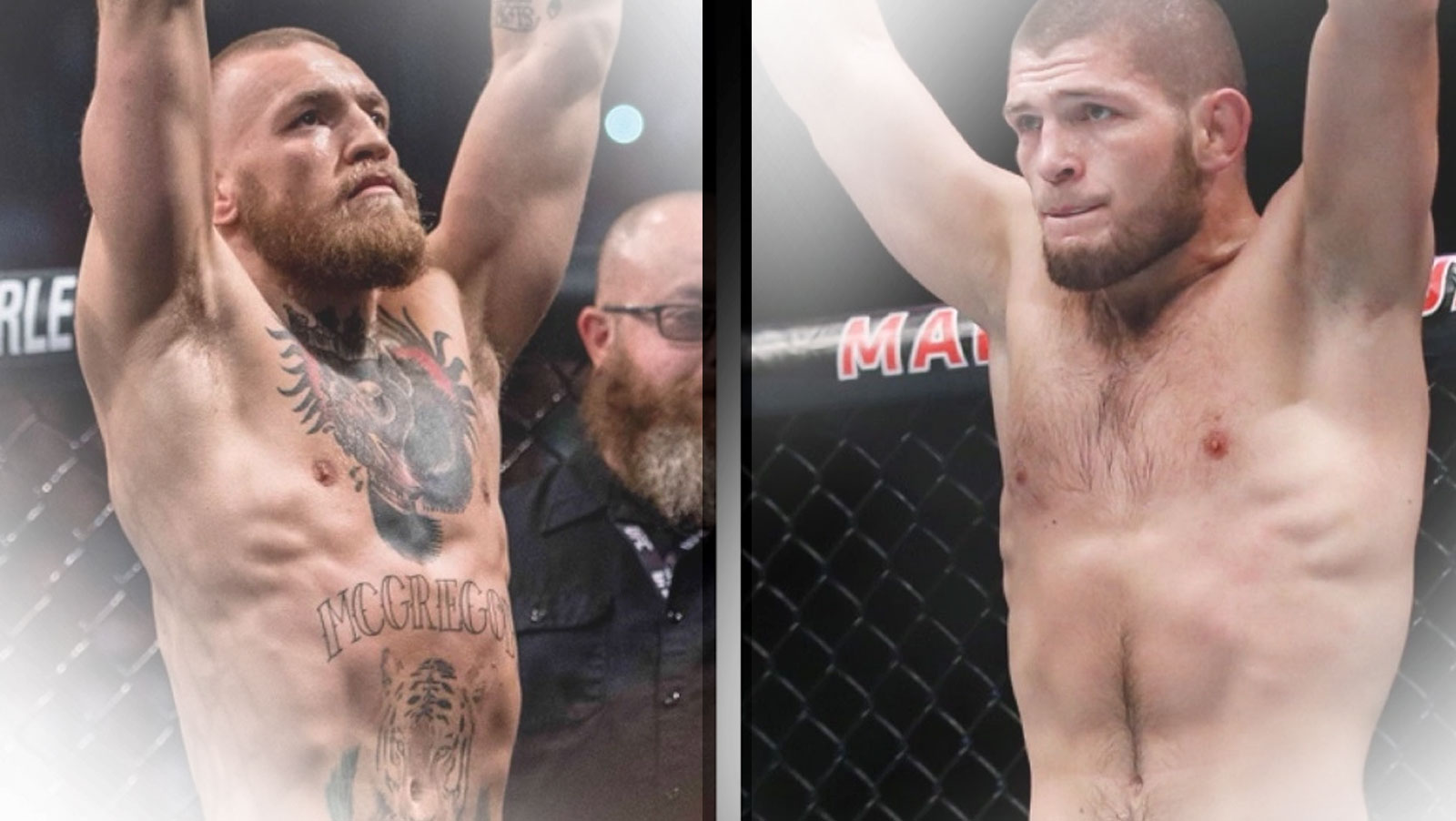 The UFC could schedule a rematch between Rocky Balboa and Thunderlips in the Octagon – fans of “Rocky III” know what we’re talking about – and it wouldn’t match the hype and anticipation of the combat sports event of the year: Khabib Nurmagomedov vs. Conor McGregor for the lightweight championship at UFC 229 on October 6 in Las Vegas.

In a rarity, McGregor is an MMA underdog as he’s +145 with Khabib at -175. McGregor remains the most popular fighter in the sport and only gained in popularity when he took on unbeaten boxing legend Floyd Mayweather Jr. (McGregor was a sizable underdog there) in a boxing ring last August. McGregor, in his pro boxing debut, surprised many with his very respectable performance against an all-time great, losing by 10th-round knockout.

It was so competitive that many thought the two would fight again, and you can still find odds up at some sportsbooks on a potential rematch.

McGregor hasn’t fought since and some wondered whether he would ever return to the Octagon considering he banked somewhere around $100 million against Mayweather. MMA fighters don’t come within miles of that kind of payday and endure a lot more punishment.

At his best, McGregor was historic as the Irishman was the first fighter to hold multiple UFC titles simultaneously. The then-featherweight champion won the lightweight belt at UFC 205 over Eddie Alvarez in November 2016. That was the last time McGregor fought in the Octagon and that long layoff caused the organization to strip his belt(s).

Khabib, from Russia, became the undisputed lightweight king when he beat Al Iaquinta by unanimous decision at UFC 223 in April. Khabib has long accused McGregor of ducking him. In fact, when McGregor attacked a bus at Brooklyn’s Barclays Center a couple of days before UFC 223, Khabib was the reported target because he had confronted McGregor’s good friend and teammate Artem Lobov in a hotel lobby during that week.

While the UFC has Khabib as the lightweight champion and McGregor the No. 1 contender, the organization ranks McGregor as the No. 3 pound-for-pound fighter and Khabib at No. 8. This will be a contrast in styles as Khabib dominates on the ground and McGregor is one of the UFC’s best strikers.