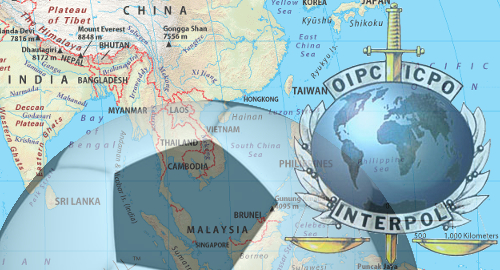 On Friday, Interpol released stats on its Operation SOGA VII, which involved cooperation with enforcement agencies in China – including Hong Kong and Macau – Malaysia, Singapore and Thailand to ensure the least amount of people had fun during the most recent quadrennial football competition.

Interpol claims this latest operation resulted in 14,900 raids on illegal gambling dens that handled around $1.6b worth of World Cup wagers. Authorities seized over 1,000 computers and mobile phones along with over $1.7m in cash.

Interpol’s announcement made no mention of the total number of arrests in this summer’s operation, saying only that the seven SOGA operations to date resulted in over 30k arrests, the seizure of $57m in cash and the closure of 3,700 gambling dens.

You’ll note that the seized cash in 2014 and 2016 dwarfed the 2018 total. Interpol claimed that this latest SOGA (short for soccer gambling) involved “a clear shift from physical betting operations to online betting services,” which are harder to raid and tend not to keep large piles of cash in boxes under the stairs.

Paul Stanfield, the agency’s director of organized and emerging crime, said gambling sites “have brought an international dimension to the phenomenon” of groups of people whose names end in vowels. Stanfield claimed a greater “coordinated international response” will be needed to deal with this paradigm shift.

Frankly, a greater proofreader would be a good start. Honestly, one would expect a storied agency such as Interpol to know better than to refer to football gamblers as ‘betters,’ but hey, who are we to criticize our (ahem) bettors?