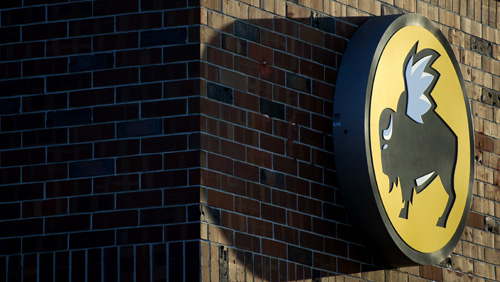 Would you like some side bets to go with your cold beer and spicy wings, sir?

Popular U.S. sports bar chain Buffalo Wild Wings (BWW) is now eyeing a venture into the sports betting business in a bid to enhance the restaurant business for its guests, according to a report published in Gaming Today.

BWW has 1,700 bars across the United States where sports fans living in suburban cities usually hang out to watch the biggest league games, such as the NFL.

The restaurant chain confirmed its sports betting interest to ESPN’s David Purdum that it’s “actively exploring opportunities, including potential partners, as we evaluate the next steps for our brand.”

BWW, founded in 1982, badly needs new revenue streams as millennials prefer to have their food delivered instead of lingering inside the restaurants. The dwindling number of warm bodies inside BWW’s restaurants hurt its alcohol sales, according to reports.

The biggest question for BWW is how it plans to persuade state regulators to award them a license to offer sports bets in their restaurants. States that have passed their respective sports wagering laws limit the game within their existing casinos and racetracks. Analysts say that it is likely for BWW to tie up with an existing gaming operator to proceed with its sports betting venture.

Since the repeal of the 1992 Professional and Amateur Sports Protection Act in May, many states have swiftly moved to legalize wagering, including New York, New Jersey, West Virginia, and Mississippi.

Speaking of sports betting legislation, Kentucky lawmakers are currently pushing to legalize the activity by next year in order to fill its depleted coffers.

The Courier Journal reported that a bipartisan group of legislators has drafted a sports betting bill, which has “good chances” of getting enacted when the General Assembly meets next in January.

Kentucky Sen. Morgan McGarvey pointed out that sports betting isn’t exactly the cure to the state’s financial woes but it is an alternative way to shore up revenues without raising taxes.

The Bluegrass State has been relying on pari-mutuel gambling at horse racing tracks and slot machine-style games for gaming revenues over the past years. As the state’s budget deficit widens, lawmakers were left without a choice but to study proposals to accommodate sports betting and even allow casinos.