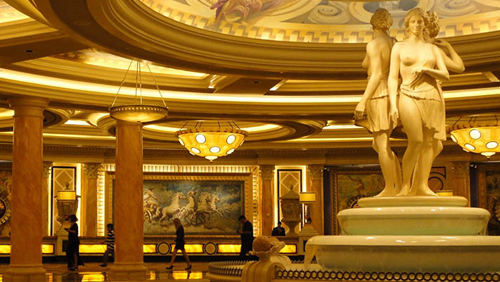 Stocks of Las Vegas-based casino operator Caesars Entertainment Corporation (CEC) plunged to its lowest since its debt restructuring in 2017, as worries on Vegas hotel bookings overshadowed its upbeat second quarter results for 2018.

Revenue growth in gaming and hospitality, and operating cost reduction boosted CEC’s same-store adjusted EBITDAR by 13.1 percent to $623 million in the April to June 2018 period from $551 million in the previous year.

CEC’s Las Vegas revenue per available room (RevPAR)—a key measure of revenues in the hotel industry—rose 3.5 percent to $136, while its Las Vegas average daily rate (ADR) grew from $7 to $145.

“We delivered solid second quarter results, led by strong gaming and hospitality performance in Las Vegas, where we have completed renovating 60% of our 23,000 hotel rooms since 2014. The results also reflect balanced, robust cost management and growth strategies,” CEC CEO Mark Fissora said in a statement.

The bulls at Wall Street were already set for a rampage until the unfortunate earnings call happened at midday. CEC Chief Finance Officer Eric Hession issued a warning to analysts that the company might expect a flat third quarter because only a few people have been booking hotel rooms on the Las Vegas Strip. Hession specifically noted that demand in July and August “saw some softening, which again causes us to be cautious about how we provide guidance and how we think about RevPAR as well.”

Other casino stocks were walloped by Vegas outlook jitters. Wynn shares fell 4.3 percent to $159.63, while Las Vegas Sands shares declined 3.8 per cent to $69.15. Fissora tried to calm the market down by saying that CEC “don’t see that occurring in the fourth quarter” and “the programming for the city appears to be much stronger.”

The jitters in Vegas also overshadowed CEC’s announcement about its sports betting ventures, including its recent tie-up with Scientific Games. The casino operator managed to trim their losses at 14.8 percent at $9.36 per share before the final bell rang.