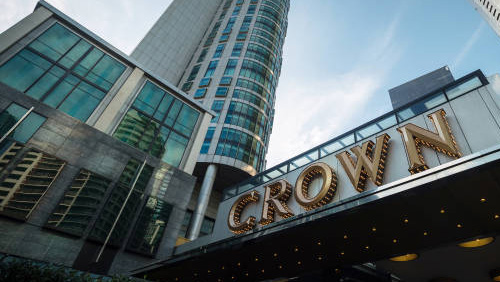 Casino operator Crown Resorts Ltd. is fighting tooth and nail to block the AUD362 million (US$270 million) tax bill that the Australian government wants to levy.

Reuters reported that Crown Resorts is disputing the multi-million tax bill that the Australian Taxation Office (ATO) issued, saying the amount is 5 percent more than its normalized 2017 net profit.

An Australian court has scheduled a hearing of Crown’s tax contentions on August 31.

Records showed that Crown’s tax woes stemmed from its acquisition of Vegas casino operator Cannery Casino Resorts for US$1.75 billion and other North American investments in 2007. The Cannery portfolio included four casinos in Nevada and western Pennsylvania.

Unfortunately, the then James Packer-led casino operator failed to expand its footprint in the U.S. due to the global financial crisis. Instead of profits, Crown was forced into billions of dollars of write-downs.

Crown paid more than AUD640 million ($474.1 million) to the Australian government in 2015, which the company said was equivalent to almost two-thirds of its Australian normalized profit before tax.

The ATO is chasing after millions of Australian dollars in income tax—including interest—for the 2009 to 2014 financial years.

The Australian-listed gambling firm questioned the tax bill but the ATO dismissed their plea in May 2018. Both Crown and ATO did not issue a comment on the issue, according to the news outlet.

Crown seemingly can’t catch a break from bad news for three years now, including Packer’s complete retreat from Asia and other global expansion plans as a result of the arrests of Crown staffers in China.

Australian billionaire Packer thought that it would be okay to get back to Crown’s board when he decided to wrap up his overseas ventures—which he called a failure—and focus on his thriving Australian business. But back home, Packer found himself dealing with pokies tampering allegations and real estate property doldrums. The casino mogul left the board barely three-months after rejoining it, citing personal reasons.