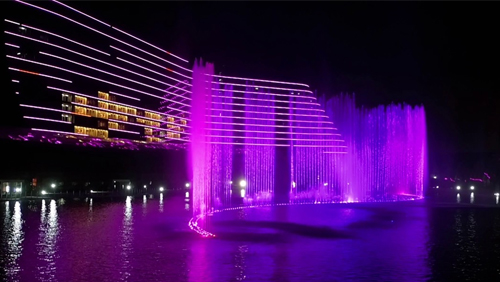 The tables have turned on casino operator Tiger Resort Leisure and Entertainment Inc. (TRLEI) as the legal saga over a $4.5 million supply contract of LED lights in Okada Manila continues.

The perjury complaint against the TRLEI executive were filed a month after Philippine prosecutors dismissed perjury and fraud cases that Universal Entertainment filed against Japanese gaming mogul Kazuo Okada.

In its 16-page complaint, APMI president Tetsuya Yokota claimed that Espeleta committed perjury in several instances wherein the respondent “willfully and deliberately made an assertion of falsehood.”

Yokota contended that Espeleta committed perjury when he denied knowing that Aruze would be supplying LED lights manufactured by another firm, J&J Philippines Corp. The APMI boss presented the prosecutors with copies of email exchanges between the three companies in May and June 2016 to establish the fact that Espeleta knew all along that APMI wouldn’t supply the LED strips for the project.

“Espeleta, therefore, cannot deny his knowledge of the said communications since he was the contact person of J&J in (Tiger Resort) as regards the transactions on the LED lights,” Yokoto said in his June 28 affidavit.

Yokota also accused Espeleta of lying under oath when the TRLEI official stated that Aruze was not allowed by law to manufacture LED lights. On the contrary, the gaming device maker pointed out that they were authorized by the Philippine Economic Zone Authority (PEZA) to sell LED lights to TRLEI.

Early this year, TRLEI filed fraud charges against ousted Universal chairman Kazuo Okada in connection with his decision to award a $7-million supply contract for the installation of LED fixtures in Okada Manila to his own company, APMI. TRLEI claimed that APMI was unauthorized to engage in the manufacturing of lighting materials.

In May, Paranaque City Prosecutor Romeo Bautista IV junked the fraud case, saying that the “facts in the case are insufficient to engender a well-founded belief that a crime of Estafa (fraud) has been committed.”