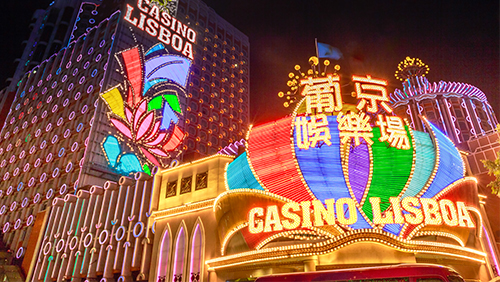 A number of sites in Macau showed increased construction activity over the past months, a sign that casino operators are bracing themselves for the potential activation or reactivation of gaming licenses.

In its latest report, international brokerage Union Gaming pointed out that the construction boom in Macau might be related to new gaming licenses.

One of the projects that Union Gaming highlighted was the construction of a rumored large Southeast Asian gaming operator, which is adjacent to the roundabout close to Wynn Macau and the Grand Lisboa. Industry sources said that Genting Hong Kong has indirect ownership over the property via its subsidiary Star Cruises.

The gaming advisory firm also noted the construction of what it believed to be an expansion of the Pousada Marina Infante hotel, which formerly housed an SJM Holdings casino. Union Gaming stressed that SJM casino’s license is now eligible for reactivation.

Golden Dragon Group, touted as the frontrunner for a new gaming license, recently announced the development of a two-star hotel near to SJM’s Grand Lisboa, according to Union Gaming.

“We are highlighting several projects that are likely to be used as leverage as it relates to the issuance of a 7th or even 8th gaming license at some point in the future. Some of these projects are related to existing service provider casinos (or now mothballed casinos), or by companies with no existing presence in Macau,” Union Gaming analyst Grant Govertsen said.

Aside from a gaming license play, the brokerage said the other construction activities in Macau might have something to do with the government’s “use-it-or-lose-it” policy. The Chinese government has a habit of taking back land from projects that fail to materialize.

On Monday, Secretary for Economic and Finance Lionel Leong Vai Tac announced that the Macau government has already received a preliminary proposal for amending the existing gaming law. The amendments were said to be a prelude for the awarding of gaming concession contracts.