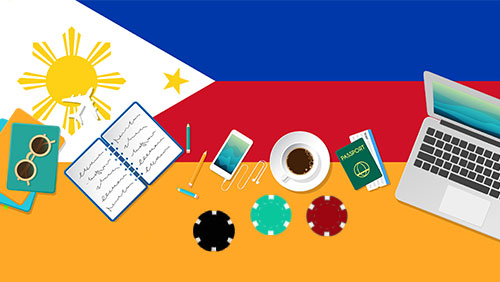 PhilWeb Corporation released its second quarter financial results for 2018 today, which show that revenues for the first half of the year soared to PHP172.6 million, up by 165% or almost triple the amount for the same period last year. For the second quarter alone, Revenues totaled PHP95.1 million, a 144% increase versus Q2 2017.

Revenue increases were primarily due to two factors, according to Dennis Valdes, president of PhilWeb. First, as of today, the number of outlets availing of the Electronic Gaming System or EGS of PhilWeb has increased to a total of 54 locations, including two outlets dedicated to e-Bingo. Second, the June launch of a second set of games using Habanero software has resulted in overall Gross Gaming Revenue or GGR growth, not only for the new software but also for the existing suite of games using RealTimeGaming software.

“We are pleasantly surprised that the combination of two gaming softwares has not resulted in one cannibalizing the other, but instead, has resulted in growth for both sets of games,” said Valdes. “We intend to use this learning to continue to introduce new gaming software to our pool of customers, so that we can continue to attract new players to our e-Games outlets.”

Valdes also pointed out that EBITDA for H1 2018 has turned positive, after having been in negative territory since late 2016. Q2 2018 EBITDA totaled a modest PHP6.8 million, enough to bring the entire first half of the year to a positive EBITDA of PHP2.4 million.

“We have to thank the entire PhilWeb team,” noted Gregorio Ma. Araneta III, chairman of PhilWeb, “as they have increased revenue while decreasing expenses, which is always a powerful generator of cash flow.”

Araneta continued, “I am deeply committed to getting PhilWeb back to its former profitability levels, during which times we were able to pay out high dividends to stockholders and generate significant share price increases as well. We believe those times will come back soon, as operators gain more trust in our service quality and PAGCOR sees the consistently increasing remittances that we deliver to them for their various charitable programs.”

PhilWeb is an accredited service provider to PAGCOR, the Philippine Amusements and Gaming Corporation, for its network of electronic gaming outlets.