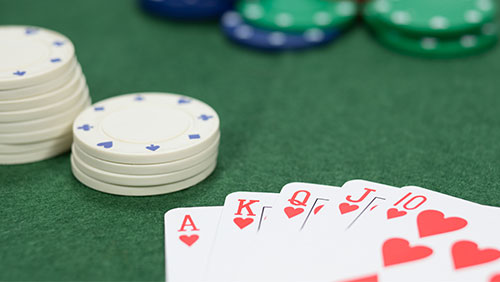 After outlasting 319 players, Iva Lazarova finally took down the Microgaming Poker Network (MPN) Poker Tour Sunny Beach €550 Main Event. The tournament was held at the Platinum Casino in Bulgaria from July 5-8 and put up for grabs a total of €150,000 ($176,000). The Bulgarian player has now become the first female to ever win the MPN Poker Tour’s Main Event.

The win wasn’t easy for Lazarova. She was short-stacked down to one big blind on Day 2 with only 36 players remaining. She saw her stack grow to four times its amount on the bubble when her A-9 bested an A-Q after scoring a 9 on the turn. Lazarova began a run that saw her eventually rise to be the second highest stack on the table before taking a couple of hits to end up in eighth place on the last day of play with only 13 players remaining.

Robert Bostock out of the UK led the final day action with a substantial lead—over twice the amount of his closest rival, Borislav Yosifov from Bulgaria. He used his stack well, eliminating four players in a row. Now down to nine players, the final race was on to see who would emerge victorious. Things were looking good for Bostock at this point, as he held more chips than his closest three competitors combined.

Lazarova produced the first casualty at the final table when his pocket tens held up against fellow countryman Tihomir Ochkov’s A-8 suited. Bulgarian Galin Panayotov was the next to fall, not able to find a connector for his A-7 suited against Yosifov’s pocket Queens. The all-in eliminations continued as Bostock scored against Martin Nikolov with pocket Kings over an A-10.

Following two more eliminations, Lazarova found her sweet spot, doubling up twice against Bostock. Players began discussing deals, but a consensus couldn’t be reached so play continued. Lazarova sent Germany’s Philipp Anger to the rail when she scored an Ace for her A-5 hand against Anger’s pocket eights.

With only four players remaining, a deal was finally reached for the pot to be split with an additional €8,600 going to the eventual winner. Bostock was the first to go post-deal, and another deal was stuck which would see each of the three remaining players pick up an additional €1,000. Dmitri Fomitsa from Estonia was sent packing next, taking home €20,100 ($23,617) in the process.

Now down to only Lazarova and Yosifov, the lead bounced back and forth like a Wimbledon tennis ball. The pair finally agreed to sit through one final deal before chopping the money, with the winner taking the trophy. When Yosifov’s K-7 didn’t find a mate on the board, Lazarova took the win with an Ace-high hand for the top prize of €26,900 ($31,606) and the trophy. Yosifov pocketed €24,300 ($28,551) for his runner-up finish.