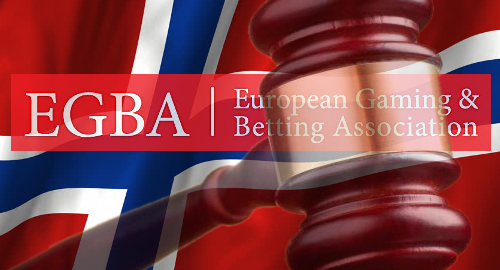 The European Gaming and Betting Association (EGBA) has mounted a legal challenge of Norway’s ban on payment processing for unauthorized online gambling operators.

Over the past year or so, Norway has been clamping down on internationally licensed online gambling operators that compete with the state-run Norsk Tipping and Norsk Rikstoto monopolies. These efforts culminated last month with the government submitting its new payment-blocking plans to the European Commission for approval.

In January, the EGBA asked Norway’s privacy watchdogs to investigate whether the government’s war on payment processing had broken the law by inappropriately collecting scads of data unrelated to the probe.

This week, Norwegian media revealed that the EGBA had also filed a lawsuit in Oslo District Court challenging the government’s May 2017 ban on banks processing payments on behalf of international gambling sites. The EGBA maintains that the ban violates European Union rules on the free movement of goods and services among EU member states.

Klassekampen quoted EGBA managing director Maarten Haijer saying Norway’s payment processing ban “is in violation of Norwegian as well as EU legislation.” The EGBA’s official Twitter feed urged Norwegian officials “to design a policy for online gaming which is modern, protects consumers and reflects the reality of the digital age.”

The EGBA’s local lawyer, Jan Magne Langseth, said it wasn’t against Norwegian law for local punters to patronize international gambling sites, nor was it legal to ban payment processors that handle transactions for a variety of companies not associated with gambling. Langseth said he hopes the matter comes to trial before the end of this year.

Norway’s Ministry of Culture called the payment processing ban “a natural consequence of, and in conjunction with, the existing prohibitions to hold, convey and market such gambling in Norway.” The Ministry noted that two of the biggest offending payment processors, Worldpay and Earthport, had withdrawn from the market as a result of the payment crackdown.

Kari Henriksen, a Labor Party member of the government’s Culture Committee, said the EGBA’s lawsuit demonstrated that gambling operators were threatened by the new curbs agreed to in May, including domain name system (DNS) blocking of international sites and new advertising restrictions.

Henriksen said the EGBA’s actions proved that “access to the Norwegian market is obviously important” to international gambling operators, who she described as “desperate to stop any kind of public regulation of gaming.”

Haijer attempted to reason with the government, saying licensing international operators would not only boost the government’s tax coffers, but would also allow the government more accurate means of tracking gambling behavior and mitigating problem gambling activity.

Haijer emphasized that Norway’s payment blocking plan would ultimately fail due to “the boundless nature of the internet.” Haijer expressed confidence in this outcome but said it would be Norwegian consumers, rather than international operators, who would “win” from Norway changing its approach.