Valve, the developer of Counter-Strike: Global Offensive, sent a cease & desist to the peer-to-peer skin trading platform OPSkins via Twitter, and OPSkins respond that they’re not going anywhere.


A while back I watched a movie called Ready Player One, where humans spent their waking hours existing in a virtual reality called the Oasis. It was a good movie, and I came away wondering how long it would be before it represented actual life. 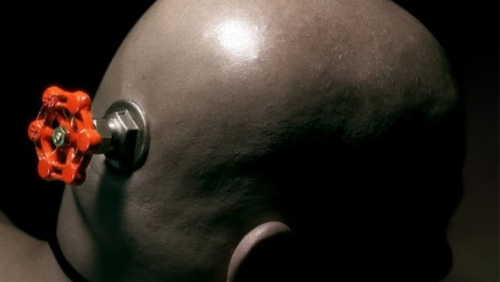 Unless a third world war prevents us from passing through the Great Filter, our advancement in technology will continue, meaning virtual and augmented reality will become more and more seamless with the way we exist.

Suddenly, these people become the bomb because if you are living in a virtual world, and are shit hot at accumulating property and virtual currency, then you will begin to be the kings and queens of this new universe.

But what constitutes virtual property?

How is that even a thing?

The notice was delivered by Twitter DM, which in itself, explains how difficult it must have been for Valve’s legal team to contact the people behind the trading platform.

Here is the DM.

Hello, I am a lawyer at Valve. Your service OPSkins ExpressTrade uses Valve’s intellectual property and violates the Steam Subscriber Agreement.


Valve has two demands for OPSkins:

1. Immediately cease use of all Valve intellectual property (including trademarks, gun models and images from the game CS: GO) in OPSkins ExpressTrade and any promotions for OPSkins in any media.

2. No later than June 21, 2018, cease use of Valve intellectual property  (including trademarks, gun models and images from the game CS: GO) on any OPSkins property or media.


OPSkins is using Steam accounts for commercial purposes in violation of the Steam Subscriber Agreement. Valve will disable OPSkins Steam accounts associated with trade on Steam by June 21, 2018. You should resolve any obligations to OPSkins users prior to that.

So what is this all about?

In the game Ready Player One you can use virtual currency to buy items such as cool clothing and accessories, vehicles and weapons. If you kill someone within the game, then you earn all of their coins and possessions.

These possessions are called skins.

And they exist, now.

Realising the value in skins (people love them), Valve developed a safe method of trading skins via the Steam Marketplace allowing Fred to trade his purple gun with Jenny’s brown super-duper rifle.

Then one day, someone thought it would be a good idea to create a way to gamble for skins. Fred could compete with Jenny in a game of CS: GO and whoever won the match took the weapons.

The next day, someone else thought it would be cool to allow people to gamble their skins by playing virtual games like roulette. Unfortunately, there was evidence that well-known streamers had equity in gambling sites, and were streaming themselves gambling and winning (cheating) to show people how easy it was to earn vast amounts of virtual money gambling with skins.

And then third-party sites began creating ever more unique ways for people to trade virtual skins for fiat currency.

The whole thing was a nightmare for the gambling industry and Valve because none of it was regulated. And it’s a shame because the money circulated (Eilers and Narus believed at the time that $20 billion in skins would be traded by 2020 if left unchecked) shows how vital skin trading is to the people playing these types of games.

Valve had to act.

They did so by issuing cease and desist letters, and the unregulated gambling websites slowly died.

But not all sites died.

With skin trading so crucial to people, third-party services emerged, allowing people to trade, if not gamble. But some of these sites were shady, ‘send me your super-duper brown gun, and I will forward you $5,000 via Paypal’ types.

Scamming became rife. Valve likely received a lot of complaints they could do nothing about. And so, in March, Valve changed the rules and introduced a seven day cooldown period to prevent Steam accounts from trading via third-party services.

It was a rule that didn’t receive universal support. In fact, over 150,000 CS: GO players signed a Change.org petition asking them to revert to the old way of doing things. In essence, trading skins is a form of instant gratification. Why do you think Amazon Prime is the bomb? We want things now.

OPSkins launched in 2015, but now under new ownership, developed ExpressTrade at the beginning of June, as a way to allow instant peer-to-peer trading of skins, thus circumventing the seven days cool off period.

According to Richard Lewis of the Richard Lewis YouTube show (not a fan of OPSkins), the introduction of the ExpressTrade platform attracted the interest of the old gambling sites. Lewis even referred to OPSkins as a ‘money laundering’ service that had made people ‘millions.’ Valve got word of this hence the DM from the legal eagles.

On June 11, OPSkins responded in a blog post on their site.

Here are the primary points covered.

• OPSkins is not shutting down, and Valve is not suing OPSkins

• ExpressTrade is the future of instant, free, peer-to-peer trades

• WAX is being built to support a post-Valve trading economy

• Valve’s decision was not unexpected

• All of the above has been true for quite a while

OPSkins reminded people that the tweet from Valve’s lawyer was not a lawsuit, it was notice of an intention, and one they were expecting. Within one hour of receiving the tweet, they advised customers to withdraw Steam-based items from OPSkins before June 21st.

They assured OPSkins users that all customer funds are 100% safe and separate from operating capital, before talking extensively about their blockchain powered trading platform WAX, how both WAX and ExpressTrade are open source, and that they cannot stop the tens of thousands of people who will use their service.

The main point I took away from the response, was an assurance to the OPSkins customers that as WAX uses blockchain technology, nobody, not even Valve, can shut them down.

And for those that think OPSkins is lying in a ditch somewhere with a bullet wound to the head, the blog post stated the team had 100 people working on the WAX project, and they were ‘aggressively’ hiring even more people.

They called the digital items trading world a $50 billion market, and so I doubt they will be leaving it without a fight.

“Valve does not own or control the overall concept of item trading.”

I have no idea.

The whole thing is too confusing for me.

Give me Tetris any day of the week.