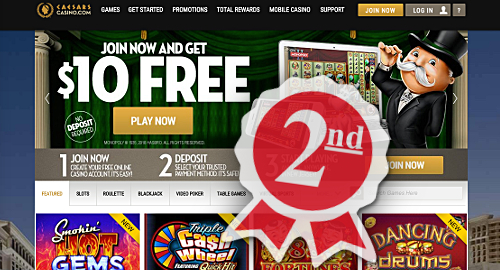 New Jersey’s regulated online gambling market had its second-best revenue month in May.

Figures released Wednesday by the New Jersey Division of Gaming Enforcement (DGE) show the state’s licensed online gambling operators generated combined revenue of $24.3m in May, 15.3% higher the same month last year and only $1.3m behind the market’s all-time peak in March of this year.

Stop us if you’ve heard this one before, but the casino vertical was once again responsible for May’s gains. Online casino revenue was up 18.1% year-on-year to just under $22.4m, while online poker was down 9% to a little over $1.9m. On the plus side, May’s poker total was an improvement from April’s $1.76m and the rate of decline was roughly half the 17.5% year-on-year fall recorded in May 2017.

In what has become a familiar pattern, the Golden Nugget’s casino-only online operation continued to dominate its Garden State competitors, collecting $8.6m in May, an $470k improvement from April and just $50k below its all-time record in March.

The Borgata family of sites ranked second on the revenue chart with just under $4.6m (nearly $443k from online poker), essentially flat from the previous month. Caesars Interactive Entertainment had a solid showing with $4.1m ($770k from poker), up $600k from April, in part due to the WSOP and 888 online poker sites now sharing liquidity with Nevada and Delaware.

New Jersey’s online market reports will soon feature a new vertical: sports betting. The state is set to accept its first legal land-based wagers on Thursday, and the online wagering could commence in mid-July, assuming the DGE can craft the necessary regulations and approve online wagering licenses within that span.