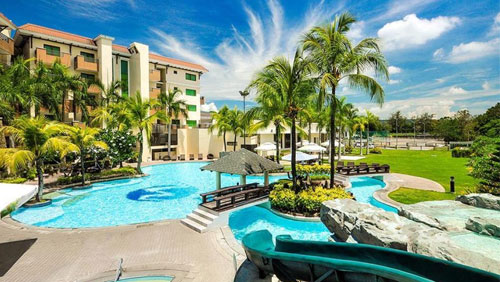 The Widus Hotel and Casino Clark in the Philippines is set to undergo a $500-million expansion, according to reports. The upgrade is above and beyond a five-star hotel expected to be completed this September. Following the expansion, the resort will have received a total investment of over $1 billion since it originally opened.

Widus is operated by Widus Philippines Inc., a subsidiary of Widus International Leisure Inc. (WIL), and opened 12 years ago after an initial $4-milllion investment by the company. The resort, located in part of the Clark Freeport Zone (CFZ), currently offers a 48,437-square-foot casino with 54 gaming tables and 342 slots. Additionally, until the completion of the new hotel, around 233 hotel rooms are available at the resort.

Daesik Han, CEO and president of WIL, told the Manila Standard newspaper that the company is excited about the expansion due, in part, to the local government’s efforts to attract more businesses to the area. “The government is building the infrastructure but the private sector should contribute to build some recreational facilities so that this area is not going to be a transit area only,” he explained.

Evan McBride, chief investment officer for Global Gateway Development Corp., echoed Han’s sentiments. The company is behind the Clark Global City business park, which measures 437 acres and has already found occupants for a quarter of its installations. Clark Global City is part of revitalization efforts led by the country’s Bases Conversion and Development Authority.

McBride told the Manila Standard, “For an investor that is first coming in, we can attest to the ease of actually investing and doing business in the [Clark] Freeport Zone versus going somewhere else in the Philippines.” He added that his firm has injected “hundreds of millions of dollars” into the CFZ and called the project “a true partnership with the Philippines.”

As part of the efforts by the Clark Development Corporation, a state-run entity involved in the revitalization, the group’s president and CEO, Noel Manankill, has said that that it has earmarked around $38 million to upgrade the area’s infrastructure. Improvements to the roads, parks and transit systems are in place, following successful upgrades to similar projects last year that cost around $19 million.