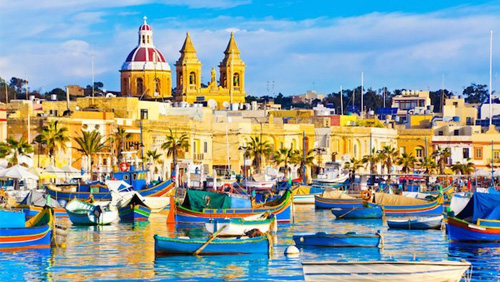 The Times of Malta is reporting that the UK-listed William Hill will open a satellite office in Malta, making it the latest gambling firm to shift some of its operations outside the UK.

The company plans to set up a small initial organization for its international facing business post-Brexit, according to William Hill Chief Digital Officer Ulrik Bengtsson. They intend on keeping a “strong presence” in the British market.

At present, Gibraltar will remain Hill’s key operational hub for its online business with marketing and customer service units located in Israel, Bulgaria and the Philippines.

Bengtsson quickly clarified that the plan to open a satellite office in Malta will not have an impact on its current business locations. A William Hill spokesman added that its Gibraltar operations will continue since much of the wagering firm’s online customers live in UK.

“However, Malta provides an option for international operations should they be required after Brexit so an exploratory project team is being recruited with regulatory, legal and compliance roles,” the spokesman said, according to the news outlet.

Hills is the second gambling firm to announce this year its plans to relocate some of its operations in Malta once the split-up of the European Union (EU) and UK is finalized.

Just last month, sports betting giant Bet365 inked a promise of sale agreement on “a large part of a new property development” in a town on Malta’s northeast coast. The agreement is reportedly part of Bet365’s plans to relocate some of its operations from Gibraltar as soon as the UK exits the European Union next year.

Gaming Minister Albert Isola, for his part, attempted to douse speculation on Bet365’s exodus, saying that the gambling firm remains “totally committed” to Gibraltar and the entirety of its workforce.

However, many gaming analysts believe gaming firms located in the UK, particularly in Gibraltar, will scatter to other jurisdictions. Malta has become attractive to gaming operators due to lower taxes and its EU membership.

Spain, another EU country, is also positioning itself as an alternative destination for Gibraltar-based gaming firms that are seeking access to EU post Brexit. Last week, the Spanish government announced that it will impose an attractive 10 percent tax rate for online gambling firms who will relocate in Ceuta and Melilla.