KamaGames announces partnership with “The Yogscast” 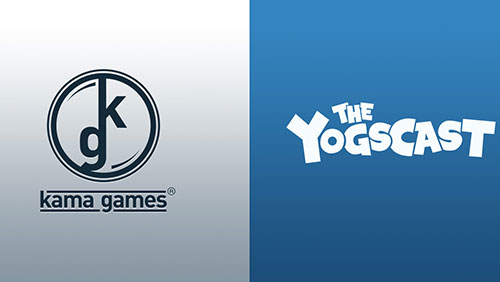 As a key part of the KamaGames audience growth and expansion strategy, the developer and publisher of Pokerist, have agreed to sponsor 6 brand new episodes of the “Yogscast Poker Nights” show with the first episode going live via Twitch.TV at 5pm UK time on 6th June 2018.

KamaGames’ Director of Global Communications & Content, Sam Forrest said “The on-going areas of focus for KamaGames are to continue to innovate, to grow as a company and also to explore new opportunities to grow our number of players by breaking into previously untapped audiences. This approach was incredibly successful with our “Poker Night in America” partnership and we hope by working closely with such an influential media company as The Yogscast, we are going to see a similar success with their wide and diverse audience.

Rich Keith, Chief Revenue Officer for The Yogscast added, “The Yogscast Poker Nights have been hugely popular with our audience, both as live experiences on Twitch and through video-on-demand on YouTube.  As they take a lot of time and additional investment to produce our partnership with Kamagames means we’re able to extend the amount Poker Nights we’re able to produce so it goes from a one-off to a proper series of matches.”

The first episode of the “Yogscast Poker Night” by Pokerist is set to stream live on Twitch.TV on 6th June between 5pm – 8pm UK time.

The episode will also appear again via VOD on the Yogscast Games Night YouTube channel from the 18th June.

A number of high profile Content Creators are confirmed to take part in the tournament including Lewis Brindley, Sijn, Duncan and reigning champion Turpster.

For information on KamaGames and its portfolio of products visit www.KamaGames.com.

For information on The Yogscast check out www.yogscast.com

Localised into 29 languages, KamaGames’ titles have been enjoyed to date by over 100 million players around the globe.

KamaGames showed a 64% growth in revenue over the past year by building a comprehensive, industry-leading portfolio of the most popular social casino games.

Described by the BBC as ‘The UK’s kings of YouTube’, The Yogscast is a family of talented and entertaining YouTube creators committed to bringing the best in gaming entertainment to the world.

Originally launched in 2008 as a way for Lewis to share Simon with the world, The Yogscast has grown from a single channel to over 50 YouTube and Twitch channels boasting over 50 years of video being watched every single day of the year.

The Yogscast also produce high quality YouTube, live and social video for a range of clients including Xbox, producing the official UK YouTube channel, Xbox On.