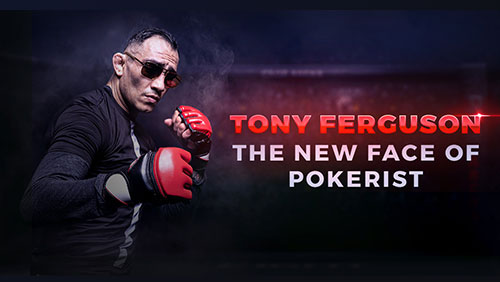 As of today, Ferguson will represent the face of Pokerist, Blackjackist and Roulettist, along with other high-profile KamaGames social casino titles. Ferguson’s image will now be utilised across the company’s advertising promotions, in-game content and events.

KamaGames has witnessed a notable intersection between those who engage with casino-style table games and sports fans. This crossover is evident in the resounding success of KamaGames’ Social Sports Betting feature, where players wager on live sporting events using their in-game chips.

Currently, MMA stands as one of the most popular sporting categories, worldwide. Each year, millions of fans are drawn to the sport and KamaGames is confident that, through this deal, the company will be able to tap into this significant audience base.

On the 9th of May 2020 at 19:00 (PDT), Ferguson will face fellow lightweight UFC fighter Justin Gaethje at the Jacksonville Arena in the US. To celebrate this new partnership, KamaGames has prepared a special in-game event for players. This event will host a variety of specialised content including a free bet for the fight to be used in the company’s Social Sports Betting section.

The Ferguson vs Gaethje match-up was already set to be a gripping fight for fans of the sport. However, with the vast majority of sporting events cancelled due to the current Coronavirus pandemic, it’s now more hotly anticipated than ever. KamaGames is predicting a surge in views during the fight, along with continued growth in Ferguson’s popularity in the coming months and beyond.

Commenting on the deal, KamaGames CEO Andrey Kuznetsov said: “KamaGames is very proud to partner with an athlete of Ferguson’s skill, dedication and reputation. MMA is a sport that commands an impressive global audience and as always, KamaGames aims to provide our players with the opportunity to interact with current trends. Ferguson is a notable star of the sport and we’re confident that our association with him will allow us to tap into an entirely new audience.”

Employing over 250 staff, KamaGames has its corporate headquarters in Dublin, Ireland as well as offices in London and the Isle of Man.

KamaGames’ flagship title Pokerist has been localised into 29 languages, was the #1 grossing app in 101 countries on the App Store and one of the top 5 grossing apps in 45 countries on Google Play.