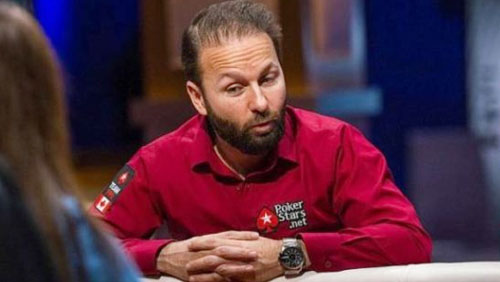 The Super High Roller Bowl reaches the final table with six of the most in-form players in the world taking a seat, headlined by the one and only Daniel Negreanu.

I’m beginning to think that I could make a living betting on poker. It’s a thought I’ve had before.

None of those entrepreneurial visions of riches came to life. More of the opposite. So I think I will stick to what I know best, and when I figure that out, I will let you know.

I was fortunate to be a guest at the Maestral Resort and Casino in Montenegro where I spent time talking to a splattering of players who compete in the highest stakes in the world.

Amongst them were Jason Koon and Mikita Badziakouski. The former, a partypoker ambassador, is always keen to sit down and chew the fat about life and poker. If Koon is an open book, the Belarusian prefers to keep his volumes away from the public eye.

What I did learn from both is they have insatiable confidence right now, and coming into the Super High Roller Bowl (SHRB) the two of them would have been high on my picks.

Koon made the final table of both Short-Deck, Ante-Only events in Montenegro winning close to $3.8m with a fourth and a first in a game he had never played. He also made a small profit at the cash tables after being involved in the two most significant pots ever witnessed on live stream or tv (€2m each, folks). On a high, Koon flew into Vegas and chopped the $100,000 ARIA High Roller for another million bucks.

Badziakouski also had an excellent time in Montenegro. I have no idea how well he did at the cash tables, but he walked away with the $2.5m first prize after beating 63 entrants in the HKD 1m buy-in No-Limit Hold’em Main Event.

Both of these titans have made it to the final table of the SHRB, Badziakouski with a stack big enough to sail to the end zone. Koon has work to do.

The two shortest stacks in the competition belong to the former Global Poker Index (GPI) #1 Nick Petrangelo, and the reigning SHRB Champ, Christoph Vogelsang. The German is making his fourth final table in five events since preparations for the SHRB began with the ARIA High Rollers.

Joining Badziakouski at the top of the charts are Daniel Negreanu and Justin Bonomo. Negreanu led Day 1; Bonomo did likewise on Day 2. It’s not easy separating these two. Negreanu is Negreanu, and you can feel confidence oozing through him.

“I feel very confident that the preparation is going to pay off,” Negreanu told PokerNews when reminding everyone that he has spent the past three months developing his 100bb stack game.

Bonomo is one of the in-form players in the world and recently won the inaugural SHRB China for $4.8m.

With the final six stumping up a combined $120 million in cashes the SHRB has once again proven it’s the premier event in High Roller circles.

The action resumed at noon, where we will play down to a winner.