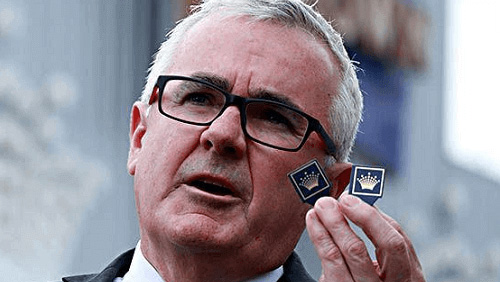 Australian MP Andrew Wilkie may have found the final nail to seal the coffin of Crown Resorts Ltd. after a video on a supposed ‘Crown pick’ enabling autoplay on video poker machines (pokies) surfaced on video sharing website YouTube.

Wilkie, who is already in touch with the YouTube whistleblower, believes that the latest piece of evidence on pokies tampering will compel Victoria’s gambling regulators to impose a greater penalty against the casino operator, the ABC News reported.

He also presented to local reporters a plastic pick that was double the size of a guitar plectrum and has a Crown casino logo, claiming that it was used to tamper with the pokies.

“[We have] a new whistleblower, new allegations, and even video footage of these picks being used at Crown Casino to, in effect, illegally modify a poker machine,” Wilkie said.

In the video, an unnamed croupier shows a supposed Crown casino pick that is jammed into the pokies’ button. The pick was said to be responsible for continuous plays on the machine even in the absence of a player and could dramatically expedite the loss rate of a player since it slashed the time between spins to as little as two seconds.

With this new evidence, Wilkie questioned whether Crown is fit to hold its license. He has also added more pressure on the Victoria Commission for Gambling and Liquor Regulation (VCGLR) to impose a harsher penalty on Crown, claiming that the state regulator’s reputation was at stake.

“If the regulator doesn’t do its job, then the State Government needs to act, and we need to consider whether other bodies such as the anti-corruption body would need to become involved,” Wilkie said.

In April, the VCGLR found Crown Resorts guilty of violating the Gambling Regulation Act of 2003 when the casino operator “adjusted” its gaming machines. It slapped Crown Resorts with a AUD300,000 (US$226,608) fine, the heftiest punishment ever imposed on the Australian operator.

Wilkie, however, roasted the VCGLR’s response, saying the fine was just loose change for Crown.