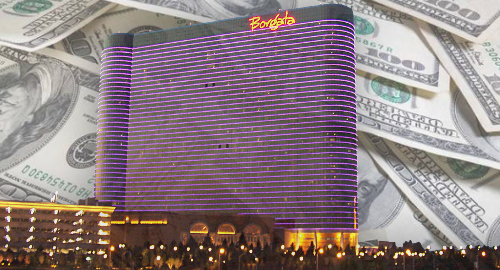 Both figures represent declines from the same period last year, with revenue down 3.2% and operating profit falling 11.7%. All seven venues were in negative revenue territory, led by Caesars, which fell 16.5%. The profit plunge was largely due to two operators – Caesars and the market-leading Borgata – which were down 38% and 27%, respectively.

AC’s casinos were on a roll in 2017, with combined profit for the year rising nearly one-quarter from 2016, but the market suffered repeated bouts of inclement weather earlier this year that brought the gravy train to a screeching halt. Hotel occupancy was down 3.2 points to 77.9% in Q1, as customers apparently chose to stay home and patronize the state’s licensed online gambling sites (which set revenue records during Q1).

Weather aside, the Q1 numbers would have been much worse had that same pie been shared among nine operators, as it will be divided after June 28, when both the Hard Rock Atlantic City (the former Trump Taj Mahal) and the Ocean Resort Casino (the former Revel) open to the public.

BORGATA READY FOR LEGAL SPORTS BETTING
The casinos hope to get some extra juice from the launch of legal sports betting, which is expected to happen by mid-June, assuming there are no glitches with the legislation soon to be voted on in both the state Assembly and Senate.

The MGM Resorts-owned Borgata began building its own sportsbook last November in anticipation of the Supreme Court striking down the federal betting ban, which came to pass last week.

On Tuesday, Borgata President Marcus Glover told the Associated Press that the property was still finalizing plans for its sportsbook but would rename its existing race betting facility as The Race & Sports Book and begin taking sports wagers “as soon as regulatory approvals are in place.”

There could be a slight hitch in the Borgata’s plans, given that the Senate bill seeking to regulate wagering contains a clause prohibiting a raft of sports-connected individuals – including a “team owner” – from having any interest in a sports betting operation. MGM Resorts owns the WNBA’s Las Vegas Aces team.

This clause could similarly trip up Tilman Fertitta, owner of both the Golden Nugget casino and the NBA’s Houston Rockets. Ditto for Caesars Entertainment’s three AC casinos, given that Caesars is owned by the Apollo Capital Management hedge fund, which is partially controlled by Joshua Harris, owner of the NBA’s Philadelphia 76ers, the NHL’s New Jersey Devils and partial owner of UK footballers Crystal Palace.

If we were Harris, we’d find some excuse for Apollo to lend New Jersey some money, as it did with Trump adviser Jared Kushner, and maybe this whole ownership issue will magically disappear, like that SEC probe into Apollo’s activities did right after the Kushner loan.