Lee Davy sits down with the owner of the Global Poker Index and the Hendon Mob to talk about his latest esports initiative chiliZ including his most significant challenges, his five-year goals and how poker fits into the picture.

I’m in the first month of an annual challenge to face my fears.

Here is what I’ve learned so far.

1. My perception of fear hardly ever materialises; meaning it’s my thoughts that scare me, not the events.

2. People rarely let you down.

3. My fears come from rules created to protect me as a child.

You can grind these three realisations into one solid truth.

I admired Alex Dreyfus before I began my challenge. I admire him 1000x more, today.

Not that long ago, Dreyfus was asking his Twitter followers for their opinion on cryptocurrency and blockchain technology. It’s safe to say that he was sceptical of both, and his knowledge was scant.

Today, he is the owner of one of the boldest esports initiatives the world has ever seen. The vision to create a sporting environment where the fans have more control of the action has enabled him to raise more than $27m for his startup chiliZ. If there is one tool absent from the Dreyfus household, it’s a cookie cutter.

Explain chiliZ to an alien.

chiliZ is the ultimate fan engagement tool, where sports and esports fans can democratically control the teams and organisations they love to follow. Think of it like fantasy football but with real-world results. Through chiliZ, fans can vote on a roster, decide which opponent a player may face, choose which game they’ll play or even which skins the team ‘wear’. We like to call it democratised team management.

What has been the hardest thing about creating chiliZ?

I think the hardest bit is yet to come – it’s how we educate people to embrace the product and the technology behind the product.

What did that hardest thing teach you about yourself?

That before I could educate others, I first I had to educate myself. This time last year, I was a non-believer – the world of cryptocurrency and blockchain was surrounded by mistrust and scepticism.

Some close friends in the poker world as well as some stakeholders in Asia were the first to spark my interest in the worlds of esports and cryptocurrency. But, I’m a firm believer in DYOR – Do Your Own Research – and used the internet to learn everything I could about these industries. But I’m the first to admit, that the more knowledge I have, the more questions arise – the classic ‘the more you learn, the less you know’.

What problem is chiliZ trying to fix?

The way we see it, there are two problems facing the esports industry. The first is a lack of fan engagement, and by that, we mean that esports is currently just a passive spectator sport. chiliZ gives teams and other gaming organisations (publishers, leagues, event producers) a direct way to engage their fans; by giving fans the power to vote, you give them a reason to care because they have a vested interest.

The second problem is around fan monetisation and funding. Esports needs funding – in exchange, teams and organisations will need to give some power to their fans. It’s a reciprocal relationship through which partner organisations can leverage their existing fanbase to crowdfund new initiatives – developing expansion rosters and player acquisitions – or creating a revenue stream from fans actively trading voting power.

What are the core values that you want to embody within the core of chiliZ and why?

Integrity, transparency and available for scrutiny. We want our users to be the decision-making engine, for them to meaningfully influence their team or teams with complete integrity. Likewise, for our partners, we want to create and share the revenue generated by chiliZ in a fair and transparent manner.

How have these values served you in the past?

Despite my background, I’m not a gambler. I’m a builder, and for me, it’s all about creating something credible and sustainable for the long term.

If you could only achieve one thing in 2018 what would it be and why?

To deliver an amazing product obviously, but also to continue to understand and innovate in the blockchain. Learning and innovating should never cease.

What makes your work important to your audience?

We think that chiliZ could be transformational to the industry and certainly, there is a demand for this type of service, both from fans and from esports teams and organisations. One of our advisors, Nicolas Maurer, owner and CEO of Team Vitality, has likened chiliZ to Kickstarter, but for the esports world. chiliZ will complement the existing esports infrastructure rather than compete with it.

How will they find you?

Regarding the partner organisations, we are already in talks with various sports and esports teams and leagues, and over the course of this year, we will focus our attention on onboarding big, legitimate esports teams with a large, global fan base. Regarding fans and end-users, they will discover chiliZ through the teams and the leagues that have joined the chiliZ platform.

How will you gain his or her trust, and then loyalty?

Trust in the chiliZ platform is hugely important, for both the end users that their voting will be exercised correctly, and for our partners that revenue will be correctly calculated. This is why we decided to use blockchain as the technological foundation upon which to build our platform. To ensure complete integrity, we will run our own permissioned sidechain of the Ethereum blockchain, which will host every team, league or game. The crowd-voting mechanism will run as a DAO smart contract on this blockchain.

What change happens in the future because of your work? 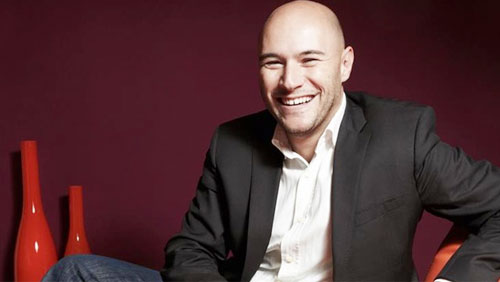 Through chiliZ, we want to organise, empower and connect fans to players and teams in today’s most popular leagues and tournaments. At the moment, there is no way to do this, so chiliZ should reinvent the way in which success in esports is measured. At the moment, it is measured largely by the size of the audience or the viewing figures.  In the future, we hope success will be calculated by how effectively an organisation can mobilise and therefore monetise their fan base

What three things do you want to achieve in the next five years?

1. A big achievement for us will be to launch the Global Player League – the first functioning, fully built-out single-entity league where all teams, across multiple game titles, are controlled directly by fans. It’s a proof of concept and an integral part of our business growth strategy. The GPL is our B2C venture that will transition into a B2B platform where third parties can come to connect with their fan bases.

3. The chiliZ platform to provide industry-neutral crowd-voting solutions for entities outside digital and real-world gaming.

What resources do you need to achieve your five-year goals?

Is the Global Poker League dead, or will it still exist within the framework of the Global Player League.

The Global Poker League will still exist within the Global Player League framework. A poker version of the league will run in regional as opposed to global forms as well — focused on the Chinese market and the Indian markets.

You have so much experience in the gambling world. Will gambling become a part of chiliZ and how?

The regulatory and legal framework that sits behind online gambling is very similar to that of online voting services, and there are a lot of common skill sets in KYC, banking and online acquisition for example. However, in the short term, we don’t plan to launch any sort of betting service.