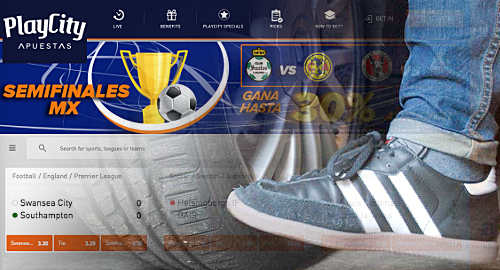 Mexican casino and online gambling operator PlayCity is reportedly on the block, with the Blackstone private equity group believed to be among the suitors.

Last week, Mexican media outlet Milenio reported that local multimedia conglomerate Televisa was contemplating a restructuring of its business to focus on its core interests. Those core concerns reportedly don’t include the PlayCity Casinos division, which Televisa launched in 2005.

Milenio reported that Televisa had enlisted the help of Credit Suisse to drum up interest in PlayCity, which operates 24 land-based gaming venues in Mexico – but has licenses for up to 50 venues – as well as a Kambi-powered online sports betting site.

There are reportedly 14 prospective buyers kicking PlayCity’s tires at the moment, including the Blackstone Group, which made waves last month via its acquisition of Spanish gaming giant Cirsa. Whoever emerges victorious, Milenio suggested that Televisa was a motivated seller and that a deal could be done as early as July or August.

Mexico’s gambling market is notoriously in need of a regulatory update, as its current gambling law dates all the way back to 1947. Various governments have publicly pledged to update these rules and hopefully attract a greater number of internationally licensed online gambling firms to set up shop in the country, but little progress has been made on this front.

Estimates of the size of Mexico’s online gambling market range as high as $450m in annual revenue, but only around $50m of that sum is controlled by locally licensed operators such as PlayCity and Caliente.