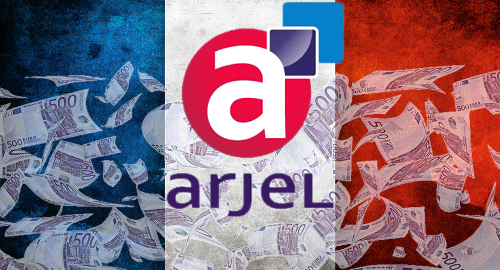 France’s regulated online gambling market grew across all verticals in the first quarter of 2018 as active player ranks surged by one-quarter.

Online betting revenue fared even better, rising 55% year-on-year to €147m – another quarterly record – thanks to favorable sporting results that pushed the return to players down 2.1 points to 85% (the minimum return allowed under French law). The average number of weekly active bettors surged 36% to 462.5k, enticed in part by operators’ bonus offers, which jumped 53% to €19.6m.

Football wagers were up 34% year-on-year to €465m, accounting for 55% of Q1’s total wagering handle. The presence of French football clubs in the Champions League and Europa League finals pushed wagering in these leagues up 47% and 73% year-on-year, respectively.

Tennis wagers grew 26% to €163m for a 19% share of Q1’s overall handle, while basketball wagers jumped 53% to €125m, representing a 15% share. Betting on National Basketball Association games accounted for €80.6m, just €500k less than the sum wagered on Ligue 1 football matches in Q1.

Women still make up a tiny fraction of France’s online gamblers, but their ranks are growing faster than their male counterparts. Weekly weekly active female online gamblers improved 30% to 222k in Q1, while male actives were up 24% to 1.63m.

The female surge was most evident in sports betting, which saw female actives jump 69% to 134k versus a 42% rise for male gamblers. Female active number growth was far more subdued in both poker (73k, +7%) and race betting (54k, +5%).

The market’s overall gains were achieved despite French-licensed operators continuing to reduce their marketing expenditure. Operators collectively spent €42m on advertising in Q1, down from €50m in the same period last year.