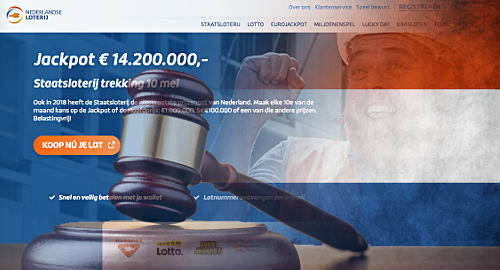 The Netherlands’ highest administrative court says the government has to rethink its lottery monopoly, but monopolies on sports betting and lottery scratch cards can continue to exist.

In 1964, the Netherlands granted Lotto BV (now Nederlandse Loterij) monopolies over lotteries, scratch cards and sports betting, based on the Gaming Act approved that year. When these licenses expired on December 31, 2014, the Kansspelautoriteit (KSA) regulatory body automatically renewed them without granting other companies the opportunity to bid for the right to offer these services.

A number of international gambling firms, including Betclic, Betfair and Unibet, along with the European Gaming & Betting Association, challenged the renewal and won lower court victories, only to have the KSA appeal the verdicts.

On Wednesday, the Administrative Law Division of the Council of State upheld the sports betting and scratch card monopolies but ordered the KSA to rethink its decision to renew Lotto BV’s numerical lottery monopoly.

The Council of State declared that, while the sports and scratch monopolies undoubtedly ran contrary to European Union trade rules governing the free movement of services, they were nonetheless justified due to EU loopholes for monopolies that claim to be protecting consumers, combating illegality and minimizing gambling addiction.

However, the Council of State said it saw no difference in the likelihood of someone becoming addicted to Lotto BV’s lottery products versus the traditional draws offered by the country’s six licensed charity lottery operators. The KSA will now have to open a tender for lottery rights or come up with some other reason to justify Lotto BV’s most favored nation status.

It’s worth noting that Lotto BV’s ongoing sports betting monopoly applies only to land-based betting. Online sports betting licenses are expected to be open to multiple companies once the Dutch senate okays the Remote Gaming Bill, which was approved by the legislature’s lower chamber nearly two years ago but has been languishing in legislative purgatory ever since.