A special session to rewrite Florida’s gambling laws is off the cards. 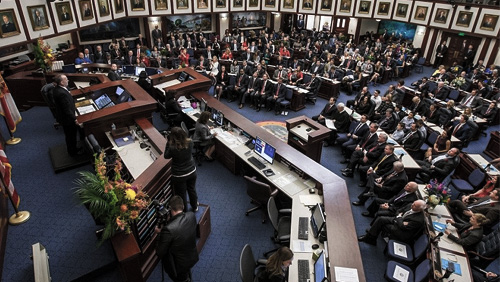 The Miami Herald reported that Florida lawmakers have decided to give the proposed special session on gambling a pass after weeks of behind-the-scenes talks.

The breakdown of negotiations came a week after Florida Gov. Rick Scott announced that the state had extended its casino revenue sharing agreement with the Seminoles through May 2019.

Sen. Bill Galvano (R-Bradenton) and Rep. Jose Oliva (R-Miami) had been trying since Easter to convince their colleagues in the state legislature’s upper and lower chambers to resurrect a dead gambling bill in a special session. The two negotiators wanted the gambling laws sorted out and resolved ahead of the November ballot, when Florida residents will face a ballot question on whether to amend the state constitution so that future gambling expansion would require 60% voter approval via a statewide referendum.

Florida’s House of Representatives has traditionally shown less enthusiasm about gambling expansion. The Senate wanted a broad gambling measure that would allow daily fantasy sports operations as well as slots at greyhound and horseracing tracks in eight counties, among other options.

There were couple of factors behind Galvano and Oliva’s decision to shelve the idea of holding a special session: budget unpredictability, uncertainty as to the effect of the proposed constitutional amendment, and potential challenges in limiting the scope of the special session.

For many political observers, the decision wasn’t really surprising given that this was the third consecutive year that lawmakers failed to resolve their gambling issues.