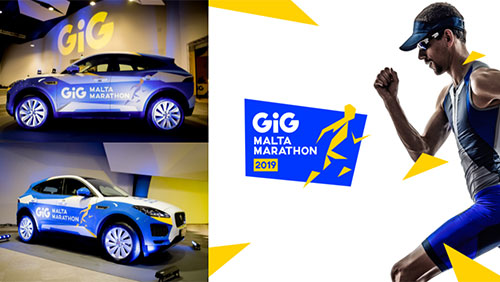 The rapidly-growing technology business has taken over from Vodafone and signed up to support this annual event for the next five years.

19/04/2018, St. Julian’s / Malta – When one of the world’s leading iGaming companies officially inaugurated its new headquarters in Malta t

his year, its CEO and founder Robin Reed stressed that they wanted to become a bigger part of the local community. Now, underlining that promise, GiG – also Gaming Innovation Group – is set to sponsor one of the island’s largest annual sporting events – the Malta Marathon. The event will now be known as the GiG Malta Marathon.

“We are extremely proud to have partnered up with the Malta Marathon,” says GiG COO and General Manager for Malta, Mikael Angman. “We employ many young people, Maltese and foreign. Lots of us identify with this event and look forward to supporting it, while also embracing the challenge of taking part in whatever way we can. In fact, I am sure that many of our team members will be out there, running and racing, on the day.”

Speaking today, Mr Micallef said he was elated to have GiG as the Marathon’s new main sponsor, as he believes this development will enable the project to grow even bigger and better.

“It is going to be a big challenge for GiG to follow in the footsteps of the other top brands that have supported us in the past, namely Flora, BMW, Land Rover and Vodafone; they have each contributed to the success of the Malta Marathon so far. But we have no doubt that GiG will bring a whole new energy and dynamism to the race. Despite the logistical challenges faced by the fact Malta is such a small country, we believe the 2019 GiG Malta Marathon will be another milestone event for everyone involved. We cannot wait to get our running shoes on.”

Echoing that sentiment, Mr Angman underlined his commitment to making the Malta Marathon a major part of GiG’s future on the island. “We look forward to crafting fantastic activities and to breaking records when it comes to the ever-growing number of people taking part in this national event. Who knows? We may well get all of Malta running yet!” the COO adds.