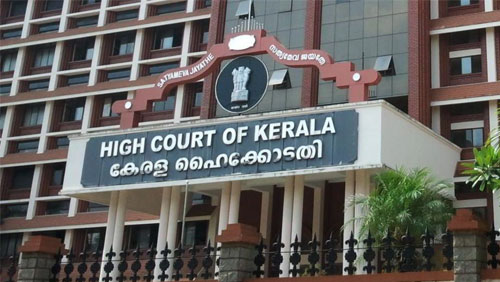 In a world where governments advocate for additional transparency, especially when it comes to gambling winnings, there’s an interesting story developing in the Indian state of Kerala. The Kerala High Court has sided with the people, striking down a proposal by tax agents that would have forced state lottery agents and distributors to reveal names of winners. Chalk one up for the little man.

Last Friday, Justice A. Muhammed Mustaque ruled that the government doesn’t have the authority or legal competence to authorize the rule, according to The Hindu. The justice also reversed a rule that allowed Goods and Service Tax (GST) authorities to determine whether or not a lottery abided by existing Lotteries Act rules. The decision was welcomed by a number of lottery operators and certainly is surprising in the wake of tighter regulatory controls in the country.

The decision confirms a previous petition entered by Mizoram lotteries. Last year, the Mizoram government attempted to sell lottery tickets in Kerala, but the Kerala government seized the tickets and ordered Mizoram to suspend the sales efforts in the region. Mizoram relented, but the Kerala government accused Mizoram of violating the Lotteries (Regulation) Act. Kerala accused Mizoram of facilitating tax evasion activities worth hundreds of thousands of dollars.

This wasn’t the first time that the two regions have squared off. In 2010, Mizoram stopped selling lottery tickets in Kerala after it began a serious clampdown on the activity. A number of legal complications arose, and Mizoram decided it was better to pull back instead of engaging in a legal war.

This time around, however, things were different. Mizoram says that its lottery is fully compliant with the Lotteries Act. It called into question Kerala’s prohibition of the sales based on the fact that other states, such as West Bengal, Punjab, Goa and Maharashtra, actively allowed the lottery tickets to be sold in their states.

Mizoram’s chief secretary approached Kerala requesting permission to offer its lottery tickets in the region last August, but his counterpart in Kerala refused the request. Mizoram asked the courts to intervene, and the Kerala High Court sided with Mizoram.

In the ruling, the Kerala High Court justice argued that police could not legally react to complaints of wrongdoing based solely on the information given it by tax officials. Since the tax agents cannot enforce adherence to the Lotteries Act, they cannot go after individuals or companies they suspect of breaking the law.