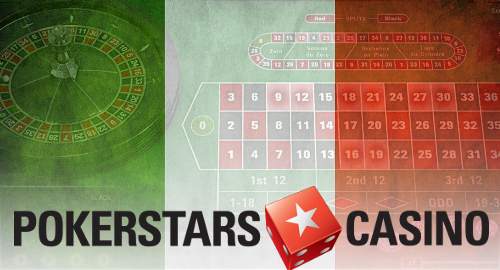 As ever, UK-listed operator Bet365 captured the lion’s share of both revenue (16.3%) and turnover (29.1%), with SKS365’s Planetwin365 in second place, GVC Holdings’ Eurobet brand coming third, with Snaitech and Sisal rounding out the top-five.

The online casino vertical had a banner month, with overall revenue rising 27% year-on-year to €60.6m, a new market record, exceeding the €59.7m recorded in January 2018. Topping the online casino earnings was The Stars Group’s flagship PokerStars brand, which scored a 9.3% share, relegating local lads Lottomatica to second with 8.8%, while the rest of the top-five played out as follows: Sisal (8.3%), Eurobet (6.2%) and 888 Holdings (5.5%).

On the poker front, tournament fees gained 7.4% to €8m, while cash games spending inched up 1.5% to €6.3m. PokerStars claimed 62.4% of the tournament market, while its cash games share rose to 40.3% after dipping below 40% for the first time in February.

As for the market’s other verticals, virtual sports operators generated revenue of €22.8m in March, with €21.1m of that sum coming from machines in retail outlets. Goldbet led all virtual comers with a 27.8% share, followed by Snaitech (18.2%) and Eurobet (14%).

NEW ADVERTISING CURBS COMING?
Meanwhile, the global push to limit gambling advertising during televised sports events hasn’t spared Italy. This month, Italian Senator Franco Mirabelli told GiocoNews that he planned to submit a revised version of his bill to reorganize the gaming sector, which would include a proposal to “forbid the publicity of the game within sports broadcasts.”

Mirabelli claimed that “there is an excess in the use of sports networks to promote online gambling and gaming. It is therefore necessary to intervene” if the government is sincere about reducing the potential negative impacts of gambling.

Mirabelli is something of an online gambling killjoy, having previously argued against Italy following through on its commitment to share online poker liquidity with the regulated markets in France, Portugal and Spain, based on his belief that it will expose players to greater (but unspecified) risks and facilitate money laundering.