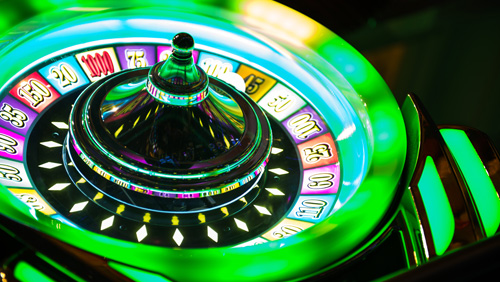 State-run Philippine Amusement and Gaming Corporation (PAGCOR) has approved the construction of a $200-million integrated gaming resort in Mimosa, a leisure estate in Clark, located in the northern province of Pampanga.

In a disclosure to the Philippine Stock Exchange on Thursday, Philippine property developer Filinvest Development Corporation (FDC) announced that it secured a provisional license to develop a casino resort near the Clark International Airport through its subsidiary Mimosa Cityscapes.

FDC President and CEO L. Josephine Yap thanked PAGCOR for approving the property developer’s proposal to construct an integrated resort located north of Manila, which she believes will help lure more foreign tourists to visit the country. The casino project will be called “The Filinvest Mimosa + Leisure City,” according to FDC.

“Now that we have secured the provisional license, we foresee further upsurge in tourist arrivals upon completion of the various project components. Its enviable location close to Clark International Airport makes it accessible to both domestic and international tourists,” Yap said in a statement.

The Philippine-listed company has earmarked an initial investment of $200 million for the integrated resort project, which will rise on the 201-hectare prime mixed-use lot at the heart of Clark Special Economic Zone (CSEZ).

Based on the plan, FDC’s Clark casino project will have a casino, lifestyle mall, five-star hotel and events venue. The project will also include the renovation of the existing Quest Hotel, two championship golf courses and villas.

FDC plans to commence with the construction of its retail strip in the second quarter of 2018 and break ground on the mall within the year.

In other casino news, the Philippine government has cracked the whip on a ranking police official who was caught gambling inside City of Dreams Manila.

Philippine Police Superintendent Adrian Antonio was discovered to be a government official after getting into a scuffle with another player—to whom he owed PHP750,000 ($14,400)—while playing a game of baccarat.

Antonio is said to be the first police official to face investigation since the Philippine National Police (PNP) launched a campaign against government officials playing inside casinos.

PAGCOR chair Andrea Domingo warned government officials and employees in January to stay out of casinos and other gambling facilities or be arrested and charged.

Domingo and outgoing PNP chief Ronald Dela Rosa even led the unveiling of a signage inside Solaire, saying “No Government Official Allowed to Gamble.” Similar warning signs were put up in other casinos across the country, including top gambling destinations like Resorts World Manila, Okada Manila, City of Dreams Manila and the Pavilion Hotel.

Philippine Presidential Decree No. 1067-B, as amended by PD 1869, bans all government officials connected directly with the operation of the government or any of its agencies, members of the PNP and the Armed Forces from staying or playing in casinos. PAGCOR, however, has allowed some prominent government officials to play in casinos in previous years despite the ban.