Home / Business / Matt Cole: Slots is about the game, not the entertainment 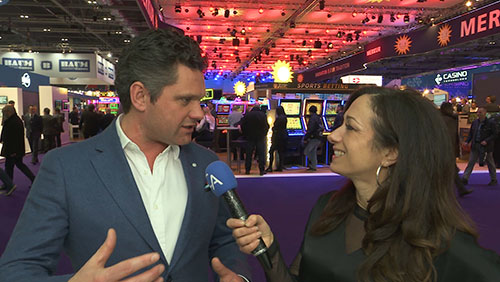 In this interview with CalvinAyre.com’s Becky Liggero, Matt Cole of Blueprint Gaming shares what slot developers need to do to make their offerings stand out from the competition.

In order to stand out, operators try to push creative boundaries to make slots entertaining and engaging for players. Matt Cole of Blueprint Gaming admits that being in the slots business has become tougher since the quality of the offerings grew higher in the past five to six years.

“It is always a challenge to get the guys geared up to look up and get something new. It is also a balance of making something we know that is going to be commercial that going to take money and keep our business,” Matt Cole told CalvinAyre.com. “Then we’re going to throw in some off the wall concepts. We produce lots of stuff that never gets to market because we build it and it doesn’t quite work. It doesn’t hit the mark.”

Compared to other slots game developers, Blueprint Gaming focuses on the balance of new ideas and the tried-and-tested market formulas, according to Cole. He said Blueprint Gaming also try to pick the most relevant brands. Ten years ago, the company launched an offering called Bejeweled to ride on the popularity of Bejeweled Blitz in social media.

Titles like Ted and Inspector Gadget also presented opportunities for Blueprint Gaming because these brands are fun and have relevance to the company’s player base, according to Cole.

“In terms of brands, we tend to build feature-rich, entertainment games around brands. So, people expect a type of experience from the brands. If we do, some sort of wackier, a bit of off-the-wall concept, we tend to go with generic in-house art, because it’s really about the game and not about the entertainment aspect. That’s the kind of rationale that we do with brands and in-house developed stuff.”