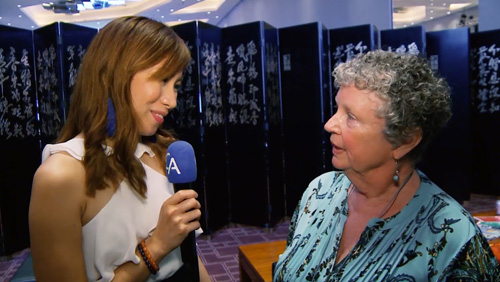 In this interview with CalvinAyre.com’s Stephanie Tower, Sue Schneider of Gambling Law Review shares her predictions ahead of the Supreme Court’s decision on New Jersey’s petition for legal sports gambling.

Gambling operators are in a wait-and-see mode as they watch the state of New Jersey fight for its right to allow sports betting at casinos and racetracks before the U.S. Supreme Court (SC).

At the moment, operators are optimistic that the high tribunal will take in New Jersey’s arguments that the 1992 Professional and Amateur Sports Protection Act (PASPA) violates the U.S. Constitution’s protection of state’s rights.

They hinged their optimism on the reactions of a majority of the SC magistrates after hearing arguments for and against overturning the federal PASPA, which limits single-game sports betting to the state of Nevada.

Sue Schneider of Gambling Law Review believes that at least 21 states are poised to legalize sports betting should the SC strikes down the PASPA Law.

“The law was, at a point in time, in the early 90’s that said, either you legalize it now or forever hold your peace and we will just get into the legal machinations of whether if you feel like this is something that impedes with the State’s rights to allow for that,” Schneider told CalvinAyre.com.

From the Supreme Court, Schneider sees the battle shifting state by state as gambling operators and sports leagues lock horns on the legal structure.

She pointed out that professional sports leagues like the Major League Baseball (MLB) and the National Basketball Association (NBA) are already lobbying in different states to include the so-called 1 percent integrity fee in its proposed sports betting measures.

Schneider said that the one percent integrity fee being pushed by the professional leagues has become quite a concern for gambling operators, particularly the American Gaming Association.

Aside from striking a compromise between what the gaming operators and sports leagues, Schneider said that the states need to come up with a legal structure that will make them competitive and, at the same time, create jobs and bring in substantial amount of revenues.

“The idea is, once there’s a legal structure in place, will players migrate or not. And it is really going to depend on tax rates. How do they make their offering competitive and more attractive? That is unknown,” she said.  “But that’s why it is really incumbent on states to look at how they can be able to develop a legal and regulatory structure that will allow for jobs, allow for taxes but still be commercially viable so that the operators can make some money and that the players are protected and it is attractive enough for them.”