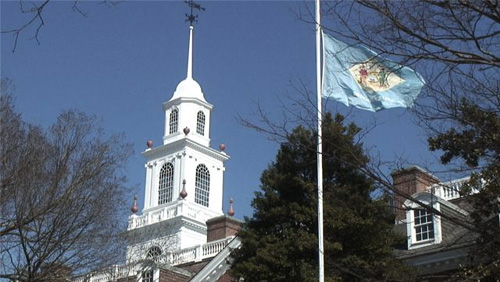 Delaware lawmakers have decided to set aside a bill seeking to slash state casino taxes in order to give them a clearer picture of how much revenue the state stands to lose.

Delaware Finance Secretary Rick Geisenberger assured lawmakers that the Carney administration was open to changing the state’s tax structure on the condition that the governor wanted to know its exact cost to the state.

Geisenberger believes that the state stands to lose more than $20 million if SB 144 is enacted.

“It’s premature before we have a better sense of our March collections from corporate franchise tax and our April collections from personal income tax to be resolving this issue,” Geisenberger said, according to the news outlet. “But once we have that better picture, it would be more timely.”

Currently, Delaware gets 43 percent of slot machine revenue and nearly 30 percent of the casinos’ table game revenue. On top of that, the state also takes another $3 million in table game licensing fees annually.

The three casino operators in Delaware warned that they are struggling to survive.

Sen. Brian Bushweller proposed trimming casino taxes to ensure the brick-and-mortar facilities stay afloat and to preserve the jobs of more than 3,000 people.

He and Senator Harris McDowell filed SB 144 in order to re-establish a tiered tax rate on slots revenue that ranges from 32 to 43.5 percent.

Under SB 144, the annual table game licensing fee will be eliminated while table game tax rate will be reduced to 15 percent. The measure will also allow Delaware casinos to operate during Christmas and Easter.