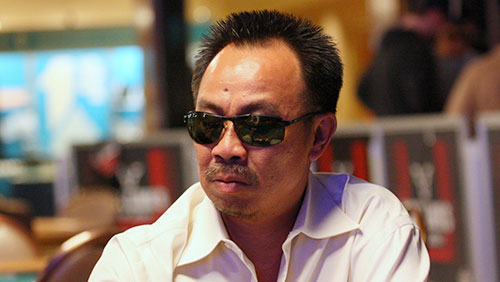 David “The Dragon” Pham, joins the $10m club after taking down the main attraction at the 2018 Wynn Spring Classic, and the World Series of Poker offers New Jersey players the chance to win a gold ring playing online.

Did you know that 63 players have won more than $10m playing live tournament poker? Incredible isn’t it? A game that you and I play across a kitchen table while our grandparents sit on their commode’s drinking whisky and water.

The latest person to join that list (debuting at #62) is David ‘The Dragon’ Pham. The old-school multi-World Series of Poker (WSOP) bracelet winner, outfought, outsmarted and outluckboxed 984 entrants to capture the $240,254 first prize in the 2018 Wynn Spring Classic.

The $1,600 buy-in Championship event continues to grow in stature and number after 20% more people entered the fray compared to last year. The improvement came despite the organisers limiting re-entry to a single bullet per day (It was also the first time the event played out with the BB Ante but one doubts that had an impact on numbers). The $1.4m prize pool ensured the $1m guarantee was safe and sound.

Switching states and the WSOP are continuing to offer Stateside online poker players the opportunity to win a World Series of Poker Circuit (WSOPC) gold ring without surfacing from the pit.

Last month, the WSOP hosted an online gold ring event as part of the WSOPC Festival at the Rio, and on Sunday, players competing on WSOPNJ get the opportunity to do the same.

The $365 online gold ring event is part of the WSOPC tour stop in Harrah’s in Atlantic City. If Anthony Spinella plans on making the trip, then everyone can forget it. Spinella won the first-ever online WSOPC gold bracelet in 2015 and followed that up by becoming the first player to win a gold ring in that Rio event which attracted 256 players and 164 rebuys.

Online satellites are running for as low as $5.