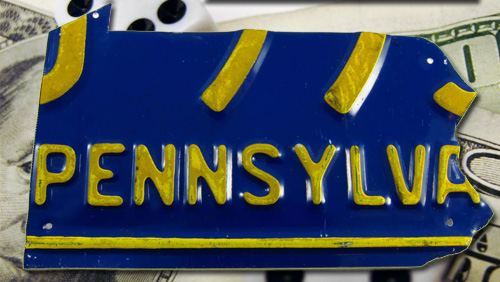 The wait is (almost) over for operators wanting to get their hands on Pennsylvania’s long-awaited online gambling licenses.

According to CBS Philly, Pennsylvania Gaming Control Board (PGCB) Executive Director Kevin O’Toole confirmed at a recent House budget hearing that his agency is in the process of crafting temporary regulations for online gambling. The PGCB official is expecting the first wave of online gambling applications to start coming in by April.

The 90-day application period, which will run from mid-April “and will go through mid-July,” according to O’Toole. An all-in-one license covering online slots, online table games, and online peer-to-peer gaming such as poker will be available during this period for a total price of $10 million, a discounted price tag for Pennsylvania casino operators like Parx Casino and Churchill Downs wanting to operate online casino and poker in the state.

Operators who seek only one kind of license will have to wait until the 91st day of the application period to apply for the licenses—which, by then, will cost $4 million apiece. Non-Pennsylvanian operators can apply for the individual licenses after 120 days, or sometime around August.

The PGCB has allotted an additional 90-day period to review the applications after they’re filed. If all goes according to plan, the state is expected to award its first batch of online gambling licenses in the fall.

Pennsylvania’s legislation, signed into law in October, allows for 12 licenses for each online category—slots, casino table games and poker—one for each of the state’s land-based casino licensees, although this number has since grown to 13).

On the mini casino front, the PGCB has scheduled a second round of auction for a fifth mini casino license after no bidders turned up during last week’s auction. The second round of bidding, which starts March 21, will be open to Category 3 casinos as well as Category 1 and 2 casinos that have bought one of the four licenses during previous state auctions.

The first rounds of bidding raised a total of $120 million for four licenses. If there were no bidders in the March 21 auction, the PGCB will hold a third and final bidding process—this time giving select out-of-state operators a chance to get their hands on a Category 4 license for a mini casino operation in Pennsylvania, which they can’t use to apply for an online gambling license.