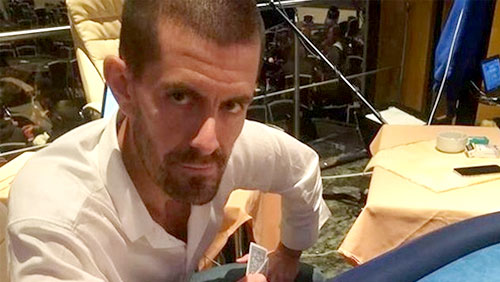 Denmark’s Gus Hansen decided to step away from the poker tables and was only seen in a small handful of live tournaments from 2014 to 2017. During his almost 20-year reign at the tables, he recorded over $10 million in live action as one the top players at the felt, and then abruptly decided on taking the breather. The Danish legend is now looking to get back into the swing, but will first need to brush up on his game a little.

Denmark’s second winningest poker player took a trip to King’s Casino in Rozvadov, the Czech Republic recently to brush off the cobwebs and see if he still had the edge. He spent 14 days playing at the casino, battling it out against the casino owner, Leon Tsourkernik and other high rollers. The game of choice was Chinese poker and, while Hansen left in the black by about $123,000, he took one serious punch in the gut against Tsourkernik, losing a hand worth around $615,000. He briefly talked about the hand on his Instagram feed, but didn’t go into detail about how the hand played out.

From the Czech Republic, the 44-year-old Poker Hall of Famer is off to Vienna, Austria. He hopes to keep his positive momentum going and rebuild his game back into what it was before his three-year hiatus. Hansen has only played in a small handful of tournaments since 2014 and hasn’t reached the money in any of them. He’s hopeful that 2018 will be his turn-around year, and is expecting a much larger showing than what he’s given the past couple of years.

Hansen began his professional poker career in 1997. He made his first WSOP appearance in 2004, finishing in the money, and then returned in 2006, making it all the way to the final table. In 2016, though, Hansen reported that he was leaving the game for good, choosing to settle down in his native land to raise a family. After having won a WSOP bracelet and three WPT titles, coupled with the fame that follows, it would appear that he isn’t ready to give up the spotlight, and will try once again to be the Danish king of poker.