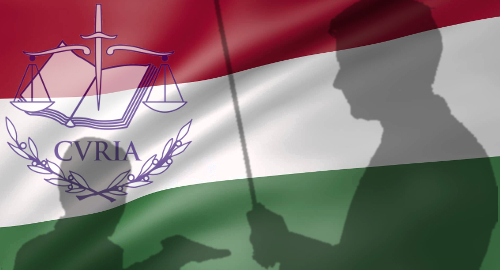 Hungary’s restrictive online gambling laws have once again been taken to the woodshed by the European Union’s top court.

On Wednesday, the Court of Justice for the European Union (CJEU) issued a preliminary ruling in the case of UK operator Sporting Odds Ltd, a subsidiary of Sportingbet, which was fined HUF3.5m (US$13,600) for offering services to Hungarian punters without a local license.

The CJEU ruled that Hungary’s refusal to grant online gambling licenses to any company that didn’t run a local land-based casino was at odds with the country’s argument that its gambling rules were primarily intended to minimize the potential harms of offering its citizens too many gambling options.

Specifically, the CJEU said this land-based prerequisite “does not constitute a condition indispensable to the achievement of the desired objectives, and that there are less restrictive measures which are capable of attaining them.”

The CJEU referenced a ruling last June in a case involving the Kindred Group’s flagship brand Unibet, in which the CJEU declared Hungary’s requirement for online licensees to have established 10 years of “trustworthy” activity in the country to be “discriminatory and contrary” to Article 56 of the Treaty and Functioning of the European Union (TFEU), which prohibits unnecessary restrictions on trade in goods and services between EU member states.

Similarly, the Sporting Odds ruling restated the CJEU’s view that Hungary has no power to impose financial penalties against unauthorized gambling sites due to the law’s incompatibility with the TFEU’s Article 56. The matter will now be taken up the Hungarian court that sought the CJEU’s input.

Hungary’s online gambling market is dominated by the state-owned Szerencsejáték Zrt betting monopoly, whose interactive sales channels accounted for 16% of the company’s revenue in 2017.

Last December, Hungary approved amendments to its gambling legislation that require local financial institutions to block payments to and from unauthorized gambling sites. The amendments have been submitted to the European Commission for approval, and the standstill period is set to expire on March 16.

Not for nothing, but Hungary dropped nine points to 66th on Transparency International’s 2017 Corruption Perception Index ranking. Of all EU member states, only Bulgaria (71st), ranked lower.