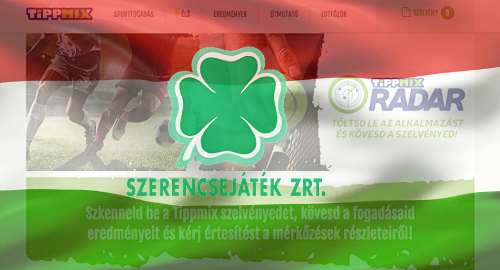 Hungary’s state-owned gambling monopoly is increasingly reliant on sports betting and online channels for the bulk of its revenue.

This week, local media reported that the Hungarian government-controlled Szerencsejáték Zrt betting monopoly reported that its full-year 2017 sales are expected to come in around HUF462b (US$1.83b), roughly 10% higher than 2016’s revenue mark.

Sports betting’s share of overall Szerencsejáték sales increased one percentage point to 45% last year, thanks in part to the growing popularity of live betting via the operator’s new Tippmix Radar mobile app.

Szerencsejáték intends to capitalize on live betting’s appeal by adding over 50 new betting markets, in particular on the upcoming 2018 Winter Olympics in Seoul. This year will also see live betting become available 24 hours a day for the first time.

The operator’s net annual contribution to state coffers is expected to also rise 10% to over HUF80b ($318m). It’s not surprising, then, to understand the Hungarian government’s desire to shield this revenue stream from international interlopers, regardless of whether or not these protectionist efforts are deemed illegal.

Last month, Hungary’s government released amendments to its gambling legislation that would further tighten the noose on internationally licensed online gambling operators who continue to serve Hungarian punters without the local government’s permission.

Among these new amendments are requirements for local financial institutions to cease processing payments – regardless of whether they’re handled via bank transfers, credit cards, or online payment processors – to and from unauthorized gambling sites.

The new restrictions have been forwarded to the European Commission for approval. Barring some unlikely intervention by the newly hands-off-gambling EC, the standstill period is set to expire on March 16.