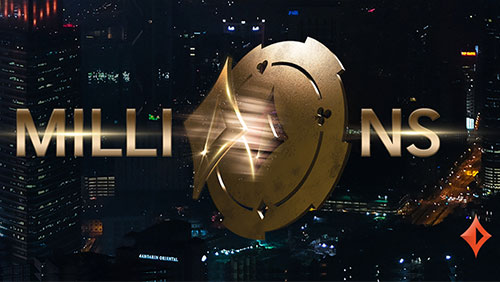 Partypoker has released the schedule for the first-ever MILLIONS Grand Final, and it promises to be the biggest live tournament ever held on European soil.

So, partypoker like guarantees. Well, I have one for them. The MILLIONS Grand Final in Barcelona will smash every target they create.

In a week that saw PokerStars continue to play around with their live tournament format with the cancellation of the Chilean leg of the Latin American Poker Tour (LAPT), partypoker reacts by releasing one of the most ambitious live poker schedules in history.

Poker players, pencil it in your diary and throw away the rubber. John Duthie and the gang are promising €23m in guaranteed prize money, making the first MILLIONS Grand Final the biggest live event held on European soil.

888Poker. The World Poker Tour (WPT). They have all held events at the Casino Barcelona, but it’s PokerStars who turned it into the mecca it’s become. Along comes partypoker to benefit from all the hard graft. Barcelona expects. partypoker will deliver.

There is a three-day €2,500, €1m GTD MILLIONS Grand Final Warm-up featuring a single re-entry, and the flower on the end this mighty stem is the €10,300, €10m Guaranteed Main Event, the first of four flights starts on 11 April. The series ends with a €1,100 unlimited re-entry Finale.

Cash games will also be on tap.

If those prices are too steep, then you can try to qualify online at partypoker where the team are offering routes to Barcelona beginning as low as 50 cents for a €16k package. Fans of the live game can compete in five live super-satellites at the Casino Barcelona where 225 Main Event seats are up for grabs.

Raúl Horta, Poker Manager, Casino Barcelona paid homage to partypoker for putting on the festival with the highest guaranteed prizepool in the history of poker tournaments ever held in Europe, calling his home one of the world capitals of poker.

The winner of the Grand Final will bank a minimum €1.4m, the runner-up receives €1.2m, and the third-place finisher picks up €1m.