Home / Poker / PokerStars remove Chile from the LAPT recipe, and it tastes a little off 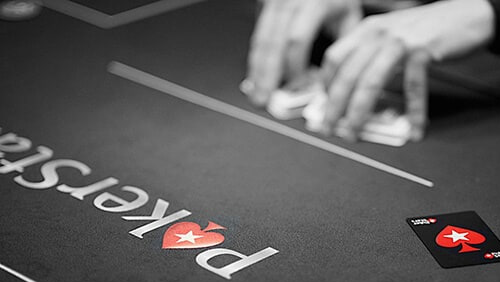 Lee Davy shares his opinion on the last-minute decision from PokerStars to remove the Chilean stop from the resurrected Latin American Poker Tour.

Society can’t function without trust. Every relationship we have relies on the exchange of promises. Breakage weakens integrity. Hollowed eyes and unfaithful wives. I’m not only referring to the bonds between family and friends. I’m talking about our connections to business.

Business make promises, and we repay them with our trust, and when you work in the gambling industry, this golden handshake is critical.

PokerStars promised to relaunch the Latin American Poker Tour (LAPT) after a year in the basement. The organisers earmarked the Enjoy Viña del Mar Casino & Resort in Chile as the first tour stop. The online satellite operation kicked into gear, and the attendance meter moved up from zero.

A month out and PokerStars have reneged on that promise. The event will not take place. A fallout of sorts will ensue.

It’s another own goal.

PokerStars built a dynasty on the back of the exchange of promises and trust. It created a loyal tribe that would defend the online poker room at all costs. That dynamic changed for a small percentage of PokerStars customers during the eradication of the Supernova and Supernova Elite programs.

With the scent of blood hanging from nasal hairs, partypoker ripped off their rags, invested some coin and began to dress a lot nicer. It’s worked. A minority of former PokerStars players are now loyal to partypoker. It’s not the MILLIONS brand. It’s the promises. It’s the trust.

PokerStars have had to sit up and take notice. The end of the PokerStars Championship. The resurrection of the European, Latin American, and Asian Pacific Poker Tours. The $25k buy-in PokerStars’ Player’s No-Limit Hold’em Championship (PSPC). These are promises. In return they covet trust.

Now, more than ever, PokerStars need to be squeaky clean.

Cancelling an event a month before kickoff and keeping the Ravens in their coop allows the media and the Isaac Haxton’s of the world to jump onto the mortars and shout ‘fire in the hole.’

I understand that Stars are going through a period of change. After spending time with them during the PokerStars Caribbean Adventure (PCA), I can dismiss all claims that they don’t care. There is a seam of solid salience that runs through this organisation. People who bleed chips. But the spotlight is not on them. These mistakes, and it is a mistake, allows the detractors to shine the spotlight on the shit.

The word on the street is that Chile is a rethink of strategy under the new marketing and live events leadership team. When PokerStars brought the LAPT back out of the basement, it was a schedule and structure created by Edgar Stuchly and Vadim Soloveychik.

Both Stuchly and Soloveychik left the company in the summer. David Carrion, who built his reputation within Stars by creating a solid LAPT in his capacity of  Director of Live Poker Operations for Latin America, took over, and will no doubt have new ideas.

But that was in June.

In bringing back the regional tours, PokerStars acknowledged that they made a mistake. For some reason, a tranche of their customers felt a strong bond with these brands. And if that logic holds true, then wouldn’t this move infuriate them?

LAPT Chile qualifiers who went through the PokerStars online satellite process will get their money back. Those who qualified via Enjoy will no doubt receive a full refund from the casino.

But that’s not the point, is it?

The point is another promise has been broken, and fewer people now trust the brand desperately seeking that very commodity.