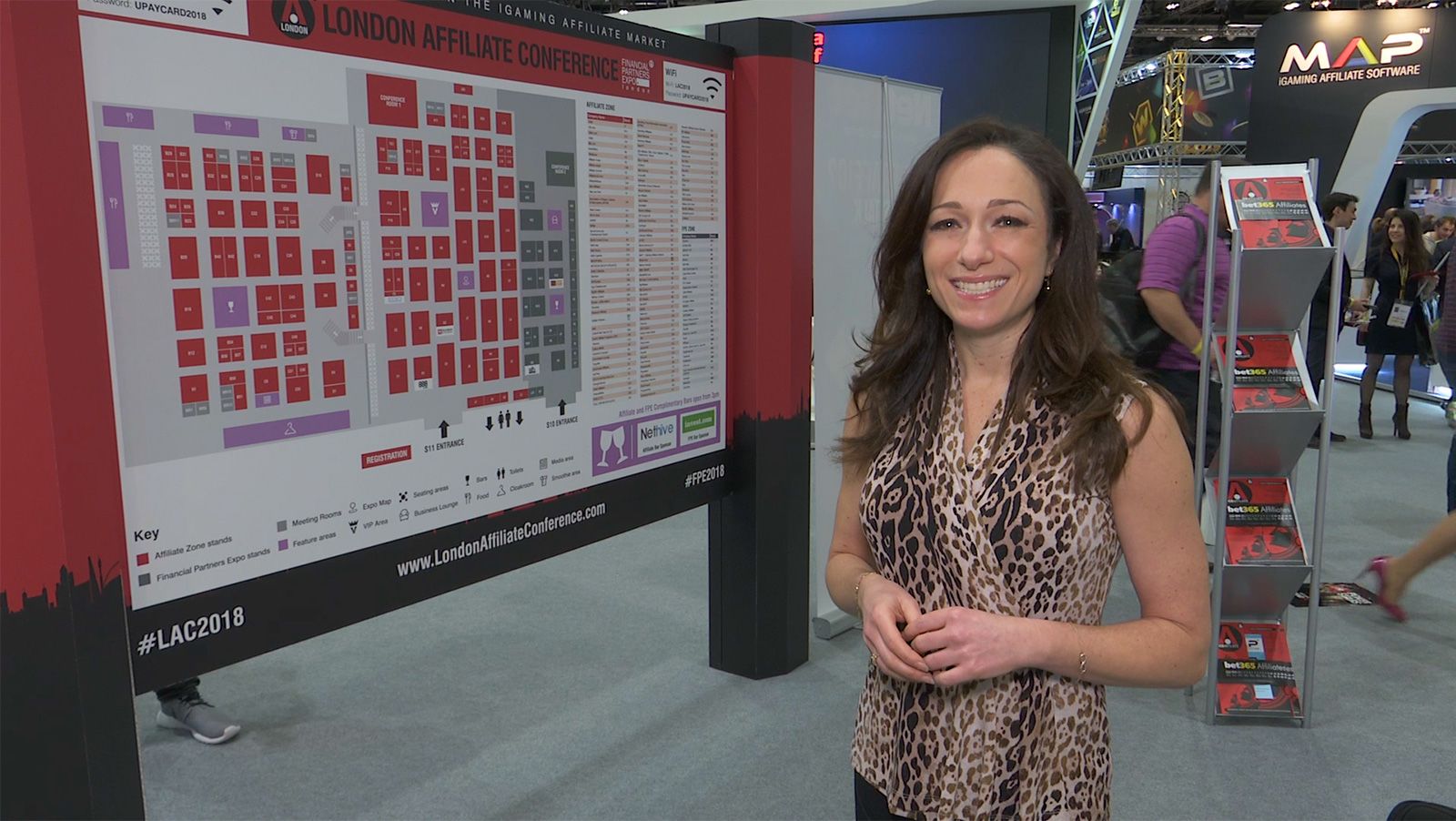 The second day of the London Affiliate Conference (LAC) took place today, the final installment of a five consecutive day gambling conference marathon. As it was yesterday, the mood was light and fun, maybe just a bit more fatigued due to multiple nights of networking dinners and parties.

One of the best parts about LAC is running into industry professionals who have been around for 15+ years, a likely occurrence as the expo floor is a manageable size. Today we were able to speak with John Wright who after 15 years of affiliate marketing has created a tracking tool for affiliates, “Stats Drone”.

Wright identified a need in the market for a reliable tool to make affiliates’ lives easier when it comes to stats collection, especially now that Stats Remote is out of service and with so many new rules coming into place with affiliate marketing.

“As much as we built a tool for affiliates to track their stats, one thing I felt was missing in the industry was the ability to get that message across. So for example, in compliance. We’ve received a lot of emails saying, ok, you have 7 days to comply. Some of these messages have ended up in spam so it made it difficult for us to even react and we try to look out for each other but at the end of the day there’s a lot of affiliates that aren’t getting these messages at all”, Wright told CalvinAyre.com.

“It could be anything from having an old email so what we want to do is have a message notification inside of our own system such that affiliates are aware of it”, he said.

“For the most part we just want to be one of the best resources for finding affiliate programs, helping affiliates understand which programs are ones they might want to join”, he added.

One of today’s most packed sessions was Egamingservices’ Tiago Almeida’s talk on opportunities for affiliates and operators in the South American market.

“First of all its one of the last .com geographies in the world. This means that operators don’t pay taxes that are as high as here in Europe. Also in terms of communication, it is still fairly unregulated. This allows affiliates to push a message in a different level but also to negotiate revenue shares, CPAs, fixed fees, minimum guarantees that are higher, as they were in here in Europe a few years ago”, Almeida shared.

“For operators the market is also very interesting because, again, regulation is still to come, the tax model is still to come and they have an active voice on this and the monitization of the traffic is extremely high because the population is there. There’s a lot of people, the demographics, they are fairly young and they love sports, so all the ingredients are here”, he said.

Today’s session on website hacking management and prevention was delivered by Peter Bassill of Hedgehog Security, a presenter we tip our hats to as he was able to make an otherwise dull topic rather entertaining.

“You can’t really prevent an attack, but what you can do is stop the attack from having an effect on you”, Bassill shared with CalvinAyre.com.

“Number one, make sure you’re using a firewall. That’s a really good piece of advice. Make sure your systems are up to date, you’ve patched everything and everything has been hardened, so that it operates the way you want”, he said.

“Constantly review your site as well, make sure that everything looks the way it should, nothing’s been added in, you haven’t got any pages that are loading slower than other particular pages, if you have, get your techs to take a look at them and see why they’re running slower and just enhance those particular pages so they load a lot quicker. Make sure you change your passwords regularly”, he added.

While such sessions as the above provide numerous practical tips and advice for delegates, there are some who prefer to spend their time on the busy expo floor. We had a chat with affiliate Simon Rosen of Siden Media to find out what entertainment he enjoyed the most.

Rosen was impressed with Active Win’s choice to bring in a game to their booth that appeals to both males and females. This game was similar to “whack the mole”, but with buttons lighting up on the wall, a test of hand/eye coordination.

“They’ve created a game here today that is probably one of the only games in a booth that actually doesn’t matter whether you’re male or female, you’re going to have great fun. And I think that’s brilliant! The world has changed, and they’re embracing it”, Rosen said.

When asked for his thoughts on LAC 2018, Rosen had nothing but the best to say.

“It was a big event, wasn’t it. ICE is the dominator and I think the wonderful thing is the amount of people that were at ICE then came to the LAC because actually that’s where its really happening. Those are the suppliers, these are the players and I think that was the main point”, he said.