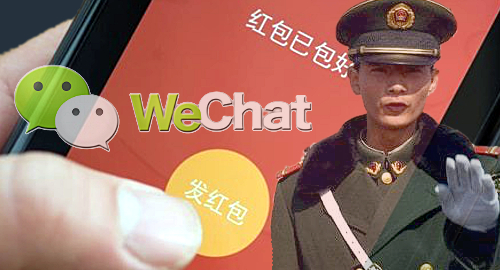 China’s social media giant WeChat is warning users that it won’t tolerate illegal gambling being conducted via its networks.

On Thursday, WeChat issued a statement saying it planned to strictly enforce its “zero-tolerance” policy against illegal online gambling activity during the Lunar New Year celebrations that kick off next week.

WeChat said it had beefed up its technical capabilities to detect “gambling-related behavior” on its network and that serious transgressors would have their information forwarded to the police for further sanction.

WeChat said its enforcement efforts over the past two years had uncovered over 2,300 chat groups on its network that were engaged in illegal online gambling, and that 30k users had seen their accounts restricted or disabled entirely. WeChat had also cooperated with police in 28 illegal gambling investigations that resulted in the arrests of 100 WeChat users.

WeChat has long been plagued by so-called virtual ‘red envelope’ betting operations and police broke up the latest of these rings last month. ThePaper reported that a woman identified only as Zhu made over RMB1m (US$159k) by opening new WeChat groups every single day in a failed bid to stay ahead of the authorities.

Macau authorities have been dealing with an increasing number of WeChat-based proxy betting operations streaming live casino action to gamblers on the Chinese mainland. On Friday, Macau’s Secretary for Security Wong Sio Chak said Macau’s Judiciary Police would “enhance their collaboration with mainland police departments to work on the prevention and investigation of such crimes.”

Last month, China’s Ministry of Public Security announced a new crackdown on gambling – particularly in rural areas and via online gambling sites – ahead of the Lunar New Year celebrations. On Thursday, police in the southern province of Guangdong announced that they’d disrupted an online gambling ring in December with the help of their counterparts in Hong Kong.

Guangdong police arrested over 220k suspected gamblers in 2017 and more operations are promised for the Lunar New Year celebrations. The Guangdong Public Security Department said it would “further expand cooperation with foreign counterparts to fight cross-border gambling and other crimes.”