Home / Poker / Daniel Negreanu’s so sure of his ability, he’s betting on it 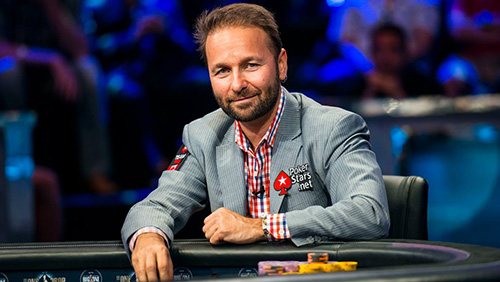 Poker players know how important it is to have confidence at the tables. In its absence, doubts about how to play a hand, second guesses and stumbles are bound to happen, almost certainly resulting in being sent to the rail. Well-known poker pro Daniel Negreanu is so confident in his game this year that he’s placed a wager on himself.

Kid Poker has made a $50,000 bet that he’d win the US Poker Open trophy. So far, Bryn Kenney has accepted the challenge, and others, like Poker Brat Phil Hellmuth, might follow suit. Hellmuth declined previous attempts to be baited into side bets, but he’ll more than likely cave at some point.

The Canadian poker wizard made a similar bet last fall just before the Poker Masters series. Twenty players jumped in, but Negreanu wasn’t able to capitalize on his prior success. Instead of picking up $1 million, he ended up having to open his wallet to make good on the bet.

At 43 years of age, Negreanu is now a household name in the poker world. He has six WSOP bracelets out of 36 final table appearances and two WPT titles from nine finals. To date, he’s racked up almost $36 million in live action and is first on both the Canada All Time Money List, as well as the All Time Money List.

Despite winning millions at the tables, Negreanu seems to be a pretty down to earth guy. He has repeatedly spoken out about how the older poker vets have the obligation to help mold the new generation, and has his own YouTube channel where poker amateurs can pick up tips on how to improve their play.

The U.S. Poker Open boasts a total of eight tournaments and will be held at the Aria Casino in Vegas from February 1-11, and will be streamed on PokerGO. Buy-ins range from $10,000 up to $50,000. Six of the tournaments span two days, while the Mixed-Game Championship and the Main Event both last three each.

At the end of the series, whoever has accumulated the most earnings will take home the trophy. Despite his previous lackluster performance at the Poker Masters last year, as well as an overall poor showing at tournaments throughout the year, at least Kid Poker is maintaining his confidence.