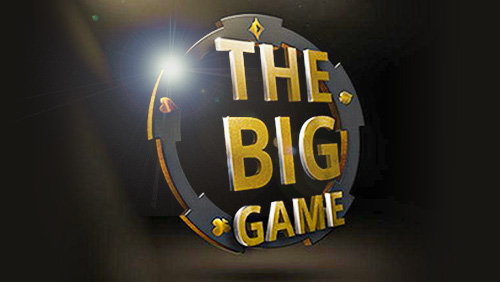 partypoker bring the Big Game out of retirement during MILLIONS Germany. All the old favourites return, but there is a new game in town with Pot-Limit Omaha featuring for the first time.

Without a doubt, what you currently see at partypoker shines anew. But there are some jewels buried in a grave marked RIP partypoker; one of which is about to have the dirt removed and a spit polish applied.

For newcomers, let me fill you in. The Big Game is one of two made for TV poker shows created by partypoker way before anyone wrote the word MILLIONS on a Post-It Note and slapped it on a whiteboard.

Big Game VIII puffs out its chest during MILLIONS Germany live and direct from the King’s Casino in Rozvadov. As has become bog standard, the game will run for 36-hours non-stop, kicking off at 6 pm Sat 10 Feb, and ending 6 am Mon 12 Feb.

No-Limit Hold’em has always been the game of choice, but Big Game VIII will deal four cards per player, not two. Pot-Limit Omaha (PLO) takes centre stage, increasing the likelihood that there will be winners and losers the likes of which Big Game viewers have not seen before.

The game runs eight-handed. The stakes are €50/€100 with a minimum buy-in of €20,000, and a maximum buy-in of €40,000. Players confirmed to compete include partypoker ambassador Sam Trickett, Dusk till Dawn (DTD) owner, Rob Yong, Jennifer Tilly and her man Phil Laak, Philipp Gruissem, Viktor Blom, Tony G and businessman Yair Bitouin.

There is also a spot for an online qualifier.

The Big Game is not the Big Game without Jesse May. The best commentator in the business returns to his rightful position at the helm. James Dempsey and Simon Trumper assist. The live stream commentary comes in three different languages. Josip Šimunić and Stefan Hachmeister take care of the Germans, and Mikhail Semin and Leonid “LeBroHbka” Logunov look after the Russians. Poker After Dark commentator Marianela Pereyra acts as host.

The Familiar and The New

The “Vote Off’ returns with live stream viewers able to vote to evict a player every three hours or so. You can also vote for your favourite player to stay, and the most aggressive player at the table is unbudgeable, so you can expect to see Viktor Blom playing 36-hours straight.

For the first time, the Big Game features the ‘Button Booster’. I’ve tried to figure out what it means, but can’t, so here is the description from the partypoker blog. Figure it out for yourself.

The €12.5 million guaranteed MILLIONS Germany runs 8 – 18 Feb. There are nine events outside of the Big Game, including a €1m GTD High Roller, €1m GTD Super High Roller, and a €5m GTD Main Event.

I did say that The Big Game was one of two made for TV poker shows that used to carry the partypoker flag.

The other was the Premier League.

I wonder if that’s the next jewel to rise from the ground?