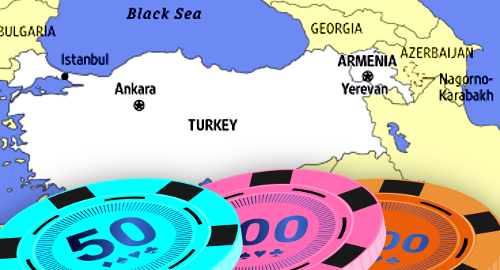 Turkish media outlet Hurriyet quoted Bayındır saying Chinese tourists “love gambling and they spend a lot of money … If we do not open casinos, we will not be able to attract more Chinese tourists.” Bayındır claimed Chinese tourists were instead flocking to “Bulgaria, Georgia and Romania because they have casinos.”

As for where these Turkish casinos might go, Bayındır suggested the “idle” island of Yassıada in the Mamara Sea, the inland body of water that links the Black Sea to the Aegean, could accommodate a “large casino” that would only accept foreign passport holders.

Even if these casinos were off-limits to rank-and-file Turks, Bayındır’s plea is likely to fall on deaf ears, considering his government’s ongoing campaign against any form of gambling that isn’t the state-run sports betting and lottery operations. The nation’s religious authorities are also squarely against gambling, and President Recep Erdogan Tayyp has even asked his Georgian counterparts to close their casinos to Turkish travelers.

The National Assembly unanimously voted to fine casinos AMD2m (US$4,160) the first time an underage gambler is identified on the premises. Second and third offenses will result in fines of AMD5m and AMD10m, respectively, while a fourth offense will result in the suspension or possible cancellation of the casino’s license.

The fines are a good deal more punitive than the maximum AMD200k penalty under the old rules. What’s more, the new rules also apply to betting agencies, gaming halls and lottery retailers, all of which used to be able to cater to Armenians 18 years or older, but who must now also observe the 21-plus cutoff.