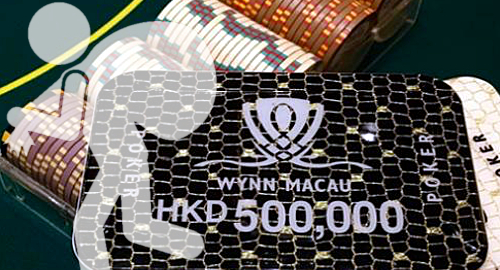 Macau police are hot on the trail of a Wynn Macau casino dealer who allegedly stole over $6m worth of gaming chips.

On Wednesday, GGRAsia reported that Macau’s Judiciary Police (PJ) were investigating the theft of casino chips worth nearly HKD 47.9m (US $6.1m) from Wynn Macau on Tuesday. The alleged thief is a dealer in a VIP gambling club at the Wynn Macau property.

Wynn Macau Ltd, the Asian arm of US casino operator Wynn Resorts, declined to offer any insight into reports of the theft, saying only that the matter was in the hands of the local police.

News of the heist spread rapidly on social media on Tuesday, along with a photo and supposed personal information of the alleged thief designed as a wanted poster. The police have denied circulating any such image or information.

A PJ spokesperson also told GGRAsia that, contrary to the social media rumors, the suspect was neither armed nor appeared to use any force during the theft. Surveillance footage reportedly shows the thief, said to be a local resident, calmly stuffing chips in a bag before strolling out the door.

While the current theory is that the thief worked alone, police reportedly haven’t ruled out the possibility that he may have had accomplices.

Macau casinos have been the subject of similar internal thefts over the year, and while the police have a decent track record of bringing the accused to justice, Macau’s Gaming Inspection and Coordination Bureau (DICJ) urged casino operators and their VIP gaming promoters to strengthen their supervision and knowledge of staff to reduce future incidents of this type.

Ironically, the theft came just as the PJ is preparing to issue its annual crime report, including casino-related crime. The most recent annual report indicated gaming-related crime continued to grow in 2016, but at a slower pace than previous years.

Meanwhile, the thief who stole from a mini-casino on the island of Saipan has been apprehended. The Saipan Tribune reported that Daniel Stafford, a former manager of the Club 88 casino at the Oceanview Hotel in Garapan, surrendered to police last Friday.

Last month, Club 88 officials found over $30k missing from their vault, and since Stafford was the only one with access to the vault – plus the fact that he was nowhere to be found following the discovery – police had a pretty good idea of who they were looking for. Stafford faces theft charges, while his girlfriend – who worked for Saipan’s main casino operator Imperial Pacific International – could face charges for harboring Stafford following the theft.