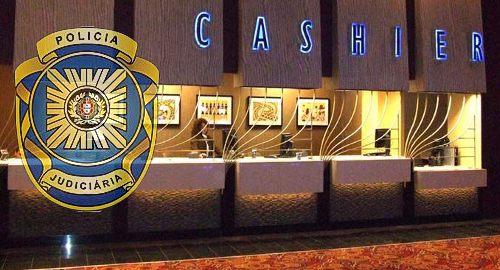 Chinese police have arrested a former Macau casino VIP room employee for the theft of nearly HKD 5.5m (US $705k) in cash and casino chips.

Way back in March 2016, Macau’s Judiciary Police (PJ) were alerted to the internal theft of HKD 5m in cash and a further HKD 430k in chips from an unidentified casino in Macau’s ZAPE district.

The theft was reportedly carried out by a casino employee who was given the key to the casino’s cage by another staffer, allegedly for safekeeping. Instead, the thief used the key to purloin the cash and chips, after which he fled to the Chinese mainland and apparently vanished without a trace.

However, this week the PJ announced that the Guangdong Public Security Department had identified and apprehended the alleged thief in Zhongshan City on October 2. On October 6, the man was transferred to the custody of the PJ, who are continuing their investigation into the theft and the ultimate whereabouts of the missing HKD 5.5m. The man is expected to be face the appropriately named charge of “abuse of trust (massive amount).”

The alleged embezzlement was but one of a string of internal theft incidents to rock Macau’s casino and junket operators in recent years, right at the time when the special administrative region’s finances were already reeling from the rapid downturn in business caused by Beijing’s crackdown on corruption.

ONLINE BETTING SCAM RUMBLED
In an unrelated incident, the PJ announced last week that it had uncovered an online scam in which individuals were contacted via social networking platforms and tempted into depositing money into Macau bank accounts for the purpose of online betting.

However, once the money was deposited, the scammers broke off all contact with their marks, withdrawing the money from the accounts via ATMs, leaving the would-be gamblers high and dry. All told, the PJ believe at least 18 individuals were scammed via this method, leaving them out a total of HKD 1.3m.

On October 5, the PJ arrested one of the scammers, who told police that he was an indebted gambler who’d been forced to participate in the scheme by a criminal syndicate. The PJ has charged the man with fraud and money laundering, while intensifying its hunt for the scam’s organizers.