Home / Business / Akin Calabi: Retail is not going to die, but online gambling will keep on growing 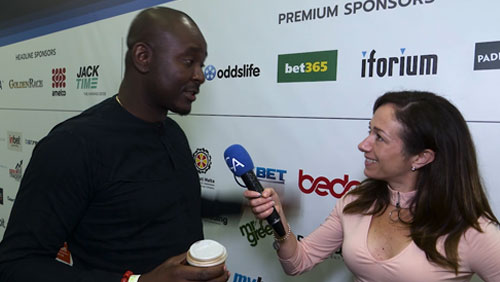 In this interview with CalvinAyre.com’s Becky Liggero, Akin Calabi of Nairabet talks about the dynamics of Nigeria’s gambling market.

In Nigeria, there’s a saying that “when two elephants fight, the grass suffers.”

This is how Akin Calabi of Nairabet assesses the current situation in Nigeria, where authorities fight over regulation. With 36 states and a complex demographic, the regulatory bodies in one of Africa’s leading markets are pressing gambling operators with issues such as double taxation.

For operators, Calabi said this situation is all the more troubling especially for those that have outlets all over the country because they are expected to pay he license fees in all 36 states and, at the same time, deal with the federal government.

When this clash of authorities happens, it’s the operators who suffer the most, especially with the recent developments in the online gambling industry. Nigeria already hosts quite a few operators, some with retail outlets and others operating online sites.

“I think the online side is going rapidly. A few years ago, Internet and smartphone penetration was not so high, but now everyday it’s growing. Virtually everybody in Nigeria has a smartphone from the high end to the low end. Everybody’s on Facebook, everybody has WhatsApp, and data is getting cheaper and faster, so it’s increasing,” Calabi said. “But retail is still as strong as ever, even if the data is better built, these virtual games and other games that people love to play, a lot of them had to be played with a mobile phone so people still prefer to go to the shops.”

Calabi sees the social value behind retail outlets for gambling, noting that the shops “set a kind of socialization for the youth, so they meet each other and talk about their ideas about football, so retail is not going to die, the online keeps growing so they complement each other.”

Asked as to what advice he’d give to future investors and players from the European market looking to get involved with Nigeria, Calabi said: “My first advice to anybody coming in is, why don’t you walk with an existing operator? Why don’t you walk with someone who’s been there for a couple of years? Who has run the races, got the licenses, and maybe we lack in a bit of technical expertise, why don’t you come as a partner, we’re going to give you a stake, bring what you’ve got, and grow that business someday rather than starting from scratch.”

In a country with a complex demographic such as Nigeria, it’s sound business to start linking with established operations such as Nairabet. European players looking into the Nigerian market may do well to bring their technical knowledge to enhance engagement with an already robust industry that’s quickly closing up.

“Five years ago I would say, ‘Hey, come in, come in, there’s a lot of space for you.’ But now the market is closing up. It’s closing real bad, and competition is getting tougher and tougher every day,” Calabi said.