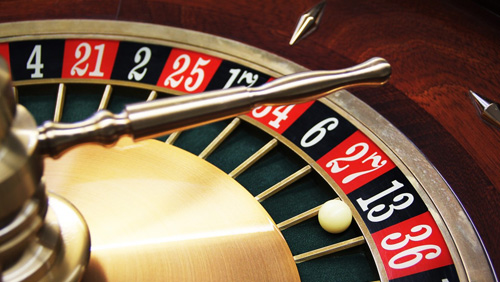 New Jersey lawmakers appear to have lost their enthusiasm for pushing a referendum that would have paved the way for the opening of casinos in North Jersey.

The Associated Press reported that it is unlikely New Jersey lawmakers will revive a ballot question to authorize casino projects near New York City, especially after the electorate overwhelmingly rejected the idea last year.

New Jersey Senate President Steve Sweeney said proponents of North Jersey casinos could once again attempt to bring the ballot question to the fore next year, although he believes that it is unlikely for the Senate to tackle the issue even after 2019.

“I don’t see it anytime soon, if ever,” Sweeney said, according to the news agency.

Sen. Paul Sarlo, D-Bergen, whose district includes the Meadowlands Racetrack, agreed that perfect timing is needed before they peddle the referendum to voters a second time.

Proponents of North Jersey casinos are also cautious of bringing back the issue to the table in the near future. Meadowlands Racetrack owner and North Jersey casino supporter Jeff Gural said he is willing to wait five years before attempting to revive the issue.

Gural pointed out that the North Jersey casino plan will never happen in the future if it suffers another landslide defeat. Gural said he will only revive the call for a referendum on North Jersey casino once he is certain that they already have the majority votes to win.

The state, according to Gural, should also wait for the opening of three casinos in New York before reviving the casino ballot question.

“However long I have to wait, I’ll wait,” Gural told the news agency. “As soon as New York opens the three downstate casinos, the argument will no longer be about saving Atlantic City. New York and New Jersey will need revenue after this federal tax bill passes, and the one thing a Meadowlands casino would do is send $500 million a year to the state.”

In November 2016, 80 percent of New Jersey voters thumbed down a ballot proposal to allow casinos outside Atlantic City. Proponents of the ballot questioned the outcome of the polls, lamenting that New Jersey will miss the chance to generate millions of dollars in tax revenues for the state and to produce thousands of jobs.