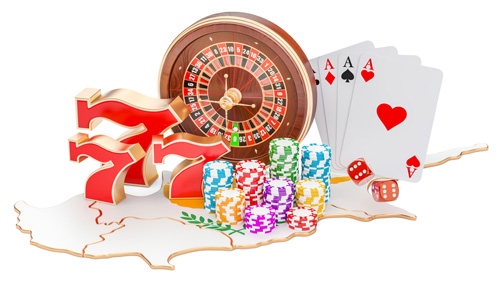 Hong Kong-listed casino investor Melco International Development Ltd. is betting big on its casino project in the Republic of Cyprus as it increases its stake by more than 4 percent.

In a regulatory filing, the Lawrence Ho-led company announced on Monday that it has entered a joint venture agreement with Cyprus-based conglomerate Cyprus Phasouri Zakaki Ltd. (CPZ) for the issuance of new shares in ICR Cyprus Holdings Ltd (ICR Holdings). Melco already holds 70.74 percent of ICR Holdings after acquiring Hard Rock International’s stake in the joint venture in September.

Under the new investment agreement, Melco will now own 75 percent of the equity in the holding company, while CPZ’s shares will decrease from 29.26 percent to 25 percent.

Both parties agreed that Melco will have to pay an aggregate amount of €160 million (US$188.7 million) for the newly acquired shares of ICR Holdings. The Hong Kong-listed company said that it plans to make the first payment of €25 million ($29.5 million) upon the completion of the Subscription Agreement.

The remaining amount of €135 million ($159 million) will be paid “no later than the earlier of (i) 18 months after completion of the Subscription Agreement (subject to the application of a grace period of three months),” according to Melco.

CPZ will contribute the real estate on which the casino resort will be developed.

Melco now has the right to nominate the project company’s chairman and at least four of the six board members pursuant to the Shareholders’ Agreement. CPZ can appoint a single director for as long as CPZ and its affiliates continue to hold at least 10 percent of the issued share capital of ICR Holdings.

In June, Melco announced that it had awarded the license to develop “the first and only” casino resort in the Republic of Cyprus. Melco’s planned integrated resort will boast 136 gaming tables, 1,200 electronic gaming machines, a 500-room luxury hotel, plus a conference hall and the usual assortment of dining, shopping and leisure options.