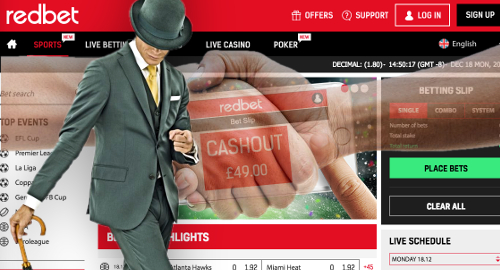 Swedish online gambling operator Mr Green has acquired the operations of Evoke Gaming, which include the Redbet.com gambling site.

On Monday, Mr Green announced that it had reached an all-cash €7m deal to acquire the Malta-based Evoke Gaming from Bonnier Growth Media. Evoke’s online gambling brands include Redbet, Vinnarum casino, and the Bertil and MamaMia bingo sites, all of which are primarily focused on Sweden and other Nordic markets.

Mr Green claims that Evoke’s disappointing 2017 numbers were negatively impacted by the migration to a new technology platform and restructuring measures that Mr Green insists will be done by the time the acquisition is expected to close in Q1 2018.

Mr Green further claims that this summer’s relaunch of the Redbet and Vinnarum sites resulted in “favorable growth.” Evoke CEO Fredrik Staël von Holstein echoed this claim, saying his business was “on the threshold of a significant turnaround” and that the Mr Green deal would provide Evoke’s brands with “the muscle to continue growing internationally in an effective manner.”

Von Holstein will remain head of Evoke’s operations after the deal is done and will become a member of Mr Green’s management team in Malta. Evoke currently has 82 Malta-based staffers, whose fates weren’t spelled out in Mr Green’s announcement of the deal, although Mr Green said it expects to achieve up to €3.5m in annual synergies starting in 2019.

While Evoke’s business may be on the rebound, Mr Green said it doesn’t expect the acquisition to have any impact on its 2018 earnings, and warned of a “marginally negative” impact on next year’s cash flow. Mr Green also said its targets of annual growth of 20% and a 20% earnings margin by 2019 won’t be affected by the Evoke acquisition.

Mr Green CEO Per Norman called the Evoke deal an “ideal fit” with the company’s strategy of “nurturing a small number of strong brands that can work globally.”

In October, Mr Green reported its Q3 revenue up 28.4% to SEK 295m (US $35m) while earnings nearly tripled to SEK 50.6m (due in part to non-recurring items in Q3 2016). The quarter saw the launch of the company’s upgraded sportsbook and the new predictive Green Gaming responsible gambling tool.