Are you playing? PokerStars to inject $9m into greatest $25k in history

PokerStars plans to shake up the live tournament order by creating the $25,000 buy-in PokerStars Players NL Hold’em Championship – the most prominent $25k buy-in event in history. 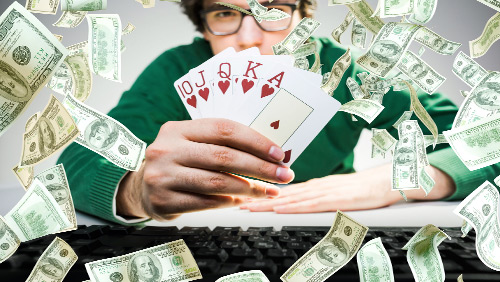 A woman dressed in black Lululemon gear shifts from left to right, music pumping out of Bose speakers, six women mirroring her every move. The children play tag in the pool. A man, who looks like Santa, sups a Stella in the jacuzzi. In the background, the sun is settling in for the night, too bright for the eyes. Soon to be lost in the mountains. But the eight don’t care.

The eight hide away from the madness and mayhem of the holiday resort where I currently tap away at my keyboard. They’ve cornered a table, commandeered a dealer. The game is Texas No-Limit Hold’em.

“The game you see on TV,” says one of the players.

Eager to get involved, but constricted by my need to write this, I listen to these wise sages talk about their bad beats, and it hits me. For some of us, poker is fun. For others, it’s an easy way to make a living without having to make a living. There are the dreamers. And then you have the people who choose to play poker in a backroom of a 5-Star Holiday Resort because it’s what people like them do.

Poker is for everyone, and PokerStars is about to remind us with a rib-rattling announcement.

12-months ago, PokerStars set a tiger amongst the pigeons of poker media by streamlining all their major live tours into the elite PokerStars Championship brand, supplemented by the PokerStars Festivals.

The European Poker Tour (EPT), Latin American Poker Tour (LAPT), and the Asia Pacific Poker Tour (APPT) were no more. It was the ballsiest move since John Duthie had his bathtime Eureka moment that kickstarted a live tournament revolution way back when.

12-months on, and things haven’t gone to plan. A core group of very influential professional poker players spoke out against the changes, and that man Duthie had another bathtime Eureka moment, this time creating the partypoker MILLIONS brand.

The EPT was the GREATEST live tournament experience outside of the World Series of Poker (WSOP).

And then it wasn’t.

Many people believe MILLIONS is the next King.

I would postpone the coronation for now.

“In the past few months, we have been thinking about our brand and what it means to the industry,” David Carrion, Director of Marketing for PokerStars told me during a phone conversation. “It became apparent that we needed to create something new, something that would further develop our brand positioning and create a legacy for poker.”

Legacy: that’s a mighty word, and as Carrion laid out his plans, I realised it was a word ideally suited to the next big thing that is currently sending primal shivers down the spines of those seated in the PokerStars Championships Prague Main Event, where Mihai Manole has just won a $30,000 Platinum Pass. The Romanian didn’t have to play a single hand of poker to win one.

But what is a Platinum Pass?

PokerStars has created the PokerStars Players NL Hold’em Championship. Held once a year, this $25,000 buy-in event will become the most significant in the poker calendar, outside of the World Series of Poker (WSOP) Main Event.

“We wanted to create poker content that excites both the serious poker players and fans of poker,” Carrion tells me. “We wanted an event that defines our brand, that anyone can play whether you enjoy the PokerStars Live or Online experience.”

The first event occurs Jan 6-10, 2019, taking place ahead of the PokerStars Caribbean Adventure (PCA) at the Atlantis Resort in the Bahamas, but the team are open to the idea of making the event a moving feast.

There isn’t a $25,000 buy-in event on the planet that’s accessible to the dreamers who earn that much money, annually, washing people’s hair or whatever it is they do when they would rather be playing poker.

That changes with the PokerStars Players NL Hold’em Championship.

The idea is genius.

In making the buy-in $25,000, it guarantees that the very best poker players this side of the hairy-chested man with a stripey towel around his waist who’s blocking out my sun will NOT miss this event. The inclusion of the Fedor Holz, Bryn Kenney, and Adrian Mateos‘s of this world applies the prestige.

And they will come.

Do you know why these geniuses of poker will book these flight tickets before anything else in the poker calendar during 2019?

PokerStars is giving away 300+ $30,000 Platinum Pass packages for free. It’s ok. I have time. Pick yourself up. Sit down. Take a sip of water. You’ve fainted. Are you ok? Good, let’s proceed.

Stars will contribute $8m+ into the prizepool (via an incredible amount of seats given away for free). Because of that magical word FREE, it’s more than likely that the largest $25,000 buy-in event in the history of poker will contain a large dollop of value in the form of lucky punters who have won a seat in various ways including, like Manole, a mere raffle.

PokerStars is throwing the might of their marketing muscle at this one from the moment you finish reading this article. They anticipate that this marketing campaign will attract 300+ professional poker players. Add 300+ Platinum Pass winners, and you have a field of 600+ players. That’s $15m+ in prize money, making it the largest PokerStars Live event, ever.

By my calculations, you’re talking $1.8m for first prize, minimum.

To add more value, PokerStars guarantees an additional $1m on top of that first prize, making it the most significant bounty for a multi-table tournament (MTT) of this magnitude outside of Vegas.

“If we can get the pros excited, the non-pros will be excited, and we can create a group of players who make this event special once a year,” says Carrion.

And who can’t get excited about $9m worth of added value?

The Ressurection of the EPT, LAPT and the APPT

In a move that shows tremendous humility, PokerStars has listened to their detractors and decided to slap the paddles on the EPT, LAPT and AP 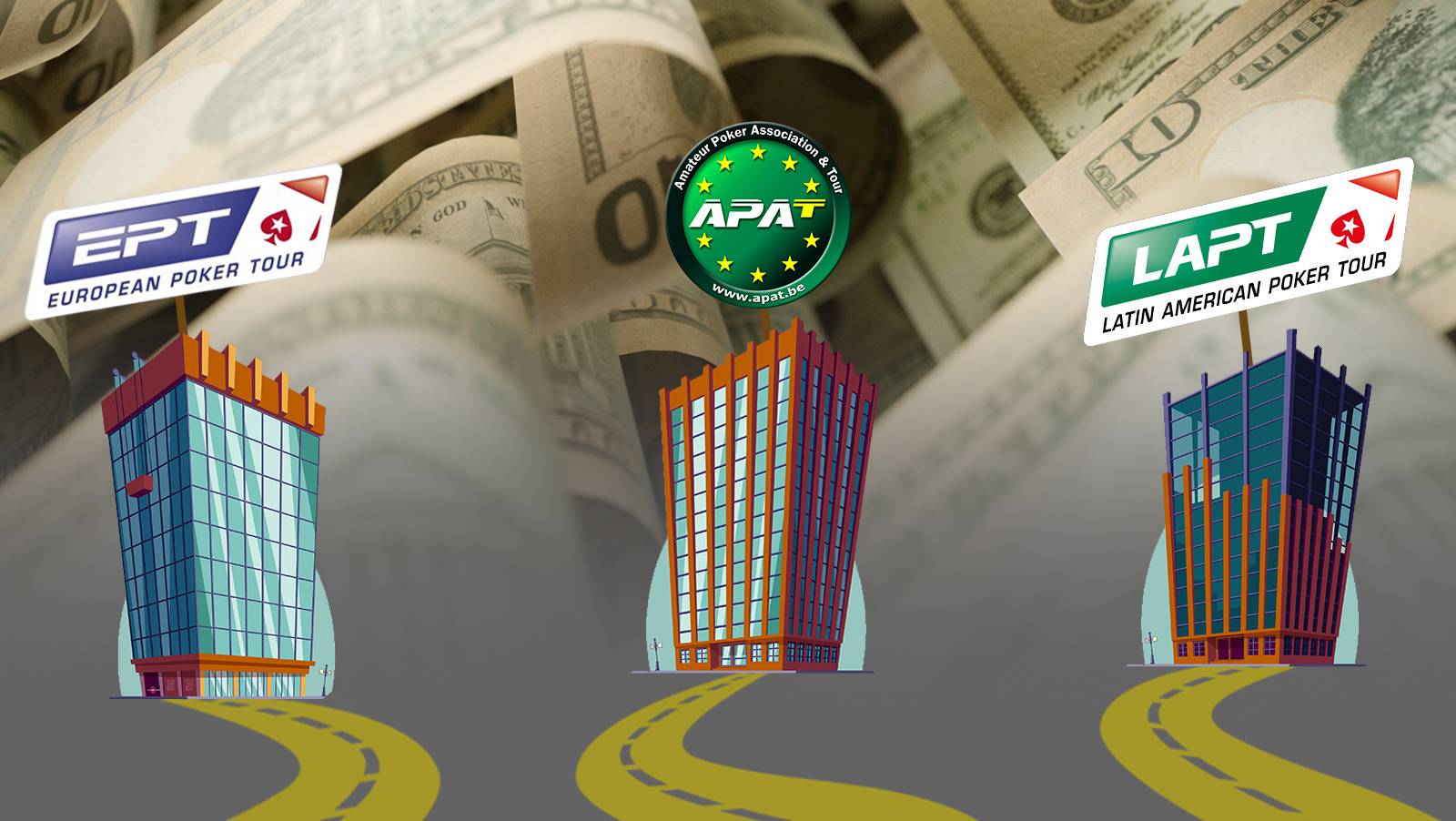 PT. The PokerStars Championship failed to ignite in the way the team hoped. They tried. They failed. They listened. Now they are acting.

The PokerStars Championship fades into the sunset. The PokerStars Festivals and MEGASTACK live tours continue to operate as an outlet for the recreational players to gain experience before advancing to one of the senior regional tours and ultimately the once a year $25,000 buy-in event.

PokerStars could reward winners of EPT, LAPT and APPT events with a $30,000 Platinum Pass, and we will hear more about those possibilities in the coming months. They also plan to reward players who compete in live side events or make Day 2+ of their major live tours by making random raffle draws for Platinum Passes at various times during live events, as they did in Prague. More giveaways follow at the Italian Poker Open in Italy, the PCA, PokerStars Live Macau and PokerStars Festival London.

There are also plans to inject Platinum Passes into the online cash game arena and through the StarsCoin Loyalty Program.

Platinum Passes are worth $30,000. You can only win one. You cannot substitute them for cash, or to compete in another tournament. If you win one, your seat in this monumentous event is locked in. The package includes the seat, six nights accommodation at the Atlantis Resort, and $2,000 travel expenses.

Speaking to Carrion it was evident that PokerStars is aware that throwing millions of dollars in value to players is only part of the equation – player experience is equally as important.

“We want to create a special experience when it comes to this event,” Carrion tells me. “Players who have such an experience describe it as a lifetime experience, that’s what we’re aiming for.

“We want the experience to be different than anything we’ve ever done before. We want to surprise people, and make this poker tournament the perfect poker experience from the mindset of a poker player.”

“We love the game,” says Carrion, “and it breaks my heart to hear people who believe we don’t. The formula used to be easy – exotic location, high buy-in, large prize pool – but these things are normalised now. It’s harder to impress, and that’s why we have to put on something special.”

Now, tell me, are you playing?